A video is going viral on social media in which many patients can be seen lying down on the bed outside a large hospital building. It is being claimed that this video is from the old city of Hyderabad, where there is no space in hospitals for corona patients. So, the patients lying on beds outside the hospital. 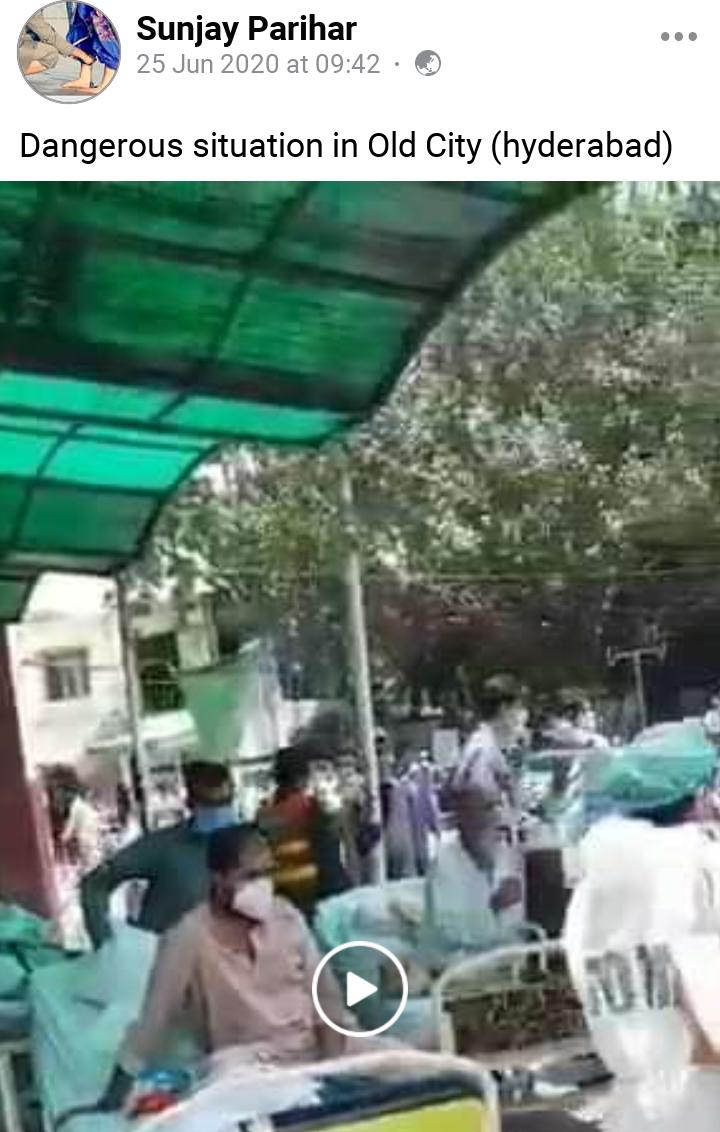 In our investigation, we found that the viral video is not from India but from the service hospital in Lahore, Pakistan. This video is of the time when there was a fire in the Surgical Emergency ward and the patients were rescued and brought out.

After doing a reverse search of the image using its keyframe, we found a news report about a fire erupting in the surgical emergency ward of Services Hospital in Lahore on June 13. Some of the frames of the video have been used in the new report. 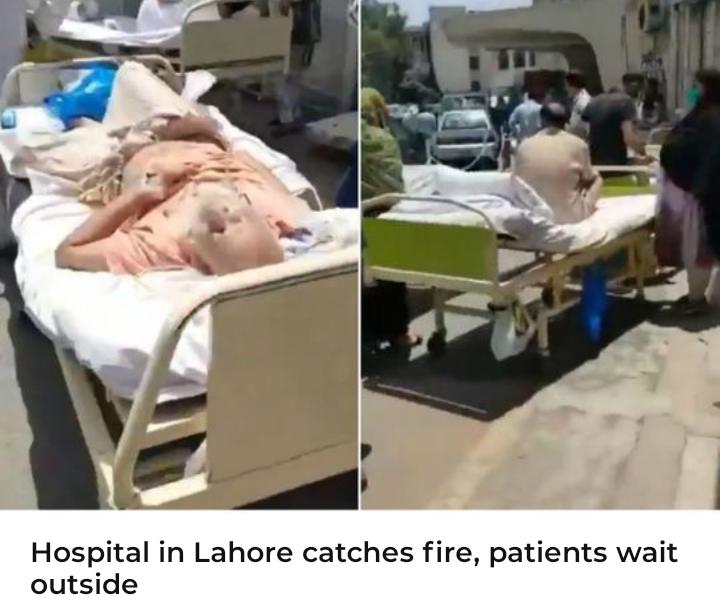 The video was uploaded by a YouTube channel named Galaxy Pakistan {Rida Asim} on June 16, 2020. The caption of the video reads "The scene after the fire at Services Hospital"

According to a report, a woman died while eight others, including doctors, paramedics, and patients, suffered minor injuries when a fire erupted in the operation theatre of the multi-story emergency ward building of the Services Hospital on June 13, 2020

Madiha Abid Ali, a Pakistani journalist from Lahore also tweeted about the video going viral with false claims urging people to beware. Her tweet reads "A day before yesterday fire erupted in the operation theatre of the multi-story emergency ward building of the Services Hospital Lahore. Few people are circulating the video and relating it with the COVID19 situation. Please beware of fake news" 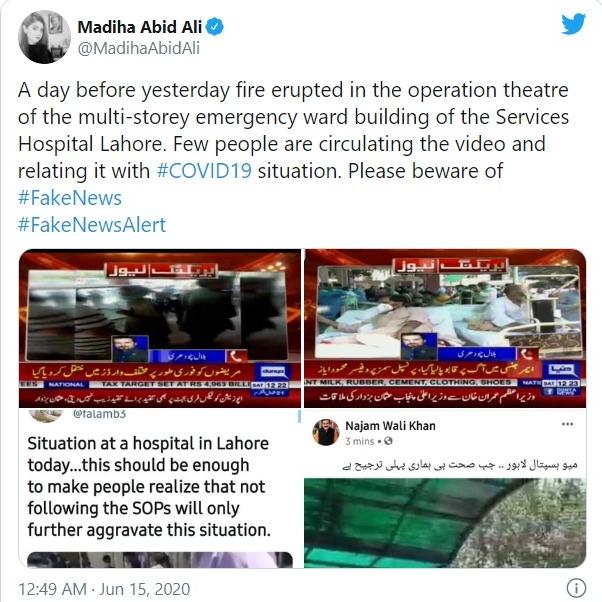