The viral claim is false that an 8-year-old girl was raped and killed by Naseer Khan. We found that the victim was 19 years old Pooja Meena who was allegedly murdered by her lover Mahendra Meena. The viral image is 1 year old.

A picture of a girl hanging from a tree is going viral on social media with a claim that an eight-year-old girl was raped and killed by Naseer Khan in Rajasthan.

A twitter user name Sadhana shared a set of two pictures with a claim “An 8-year-old girl in Sapotara, Rajasthan was raped, killed and her corpse was hung upon a tree by Naseer Khan. Is Rajasthan Government's soul, dead? Where is Mrs. Vadra? Are crime and politics only for UP where she comes raising flags? Such cannibals should be hanged” (Roughly translated from Hindi) 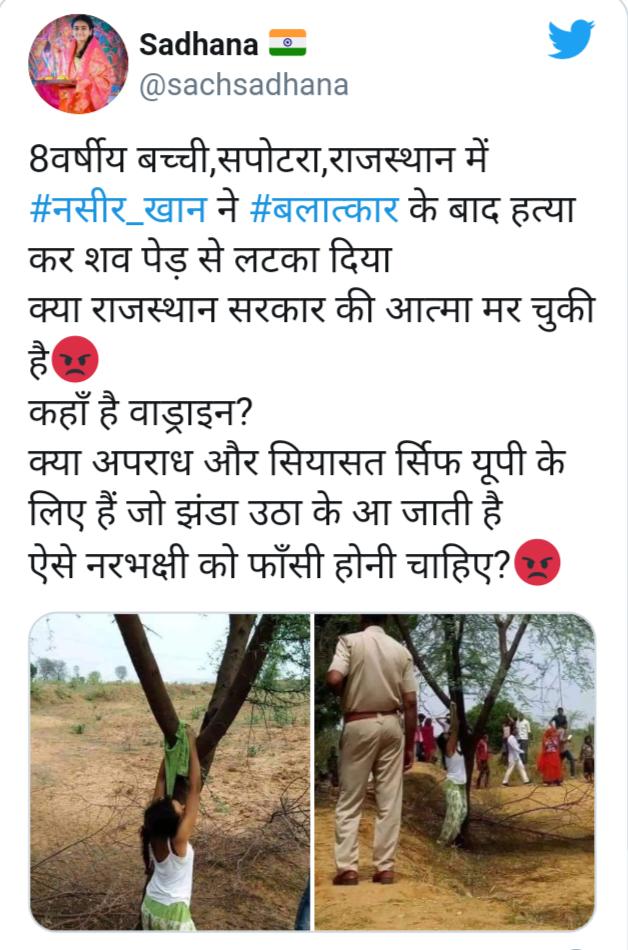 The viral post received 317 likes and 274 retweets at the time of writing this article.

The same post is also going viral on Facebook. A user name The New India shared the pictures with a caption, "Again a child was raped and murderd by Nasir Khan Sapotara in Rajasthan and the body was hanged from the tree. Should such a Cannibal be hanged?" (Roughly translated from Hindi) 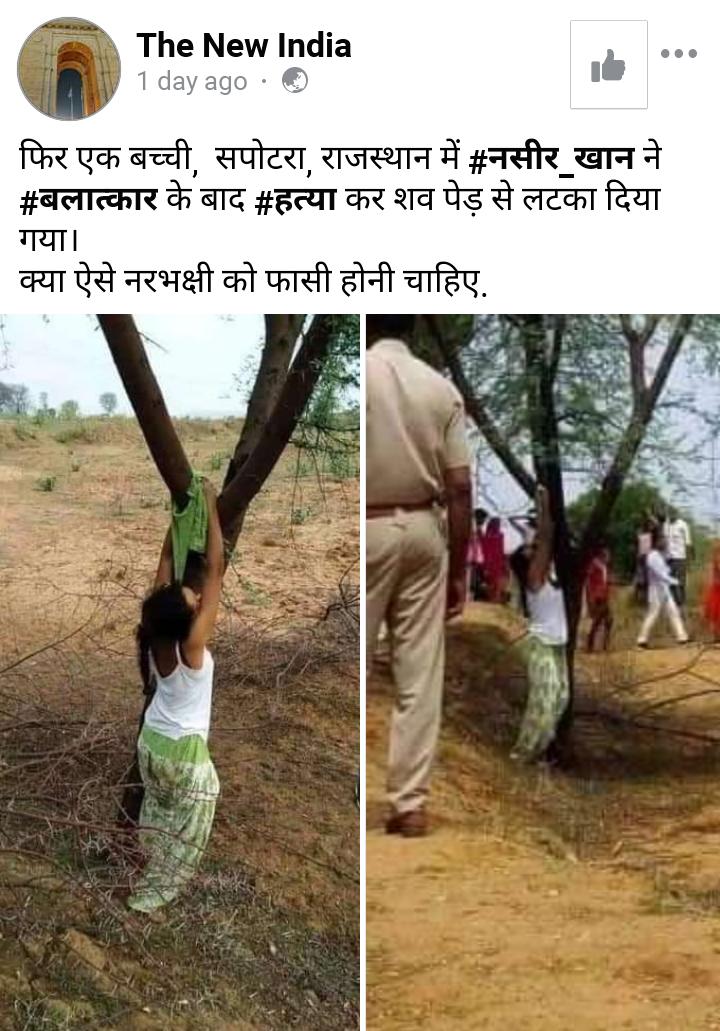 In our investigation, we found that the viral image is 1 year old and the victim was identified as 19 years old Pooja Meena who was allegedly murdered by her lover Mahendra Meena.

After doing reverse image search on Google, we found a complete set of photos and observation of the crime written in detail on the website of “Documenting Reality" 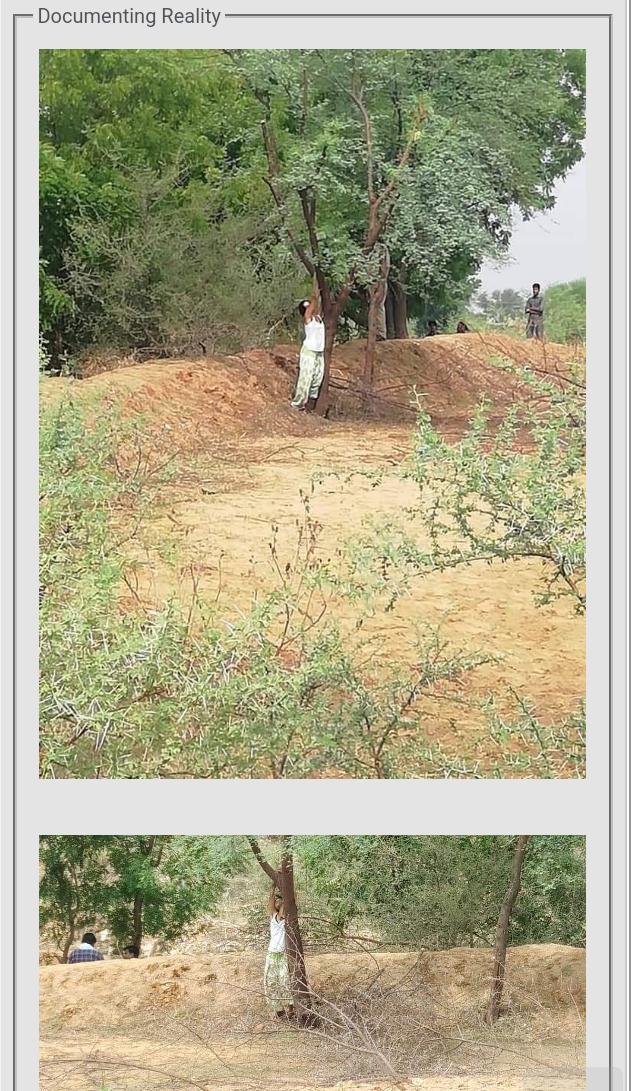 According to the news report of Hindustan Times, a 19-year-old woman identified as Pooja Meena was allegedly murdered and then hanged from a tree in an isolated forest area near Sapotara town of Rajasthan’s Karauli district. The victim was allegedly strangled first and then hanged from the tree at Bapoti village. Police had said that according to initial inquiry, it appeared to be a case of murder.

According to the news report of Danik Bhaskar, the murderer's name was Mahendra Meena. He is a resident of village Silpura.

In conclusion, the viral claim is false that an 8-year-old girl was raped and killed by Naseer Khan. We found that the victim was 19 years old Pooja Meena who was allegedly murdered by her lover Mahendra Meena. The viral image is 1 year old.