Fact Check: The truth behind the viral picture of Indira Gandhi serving food 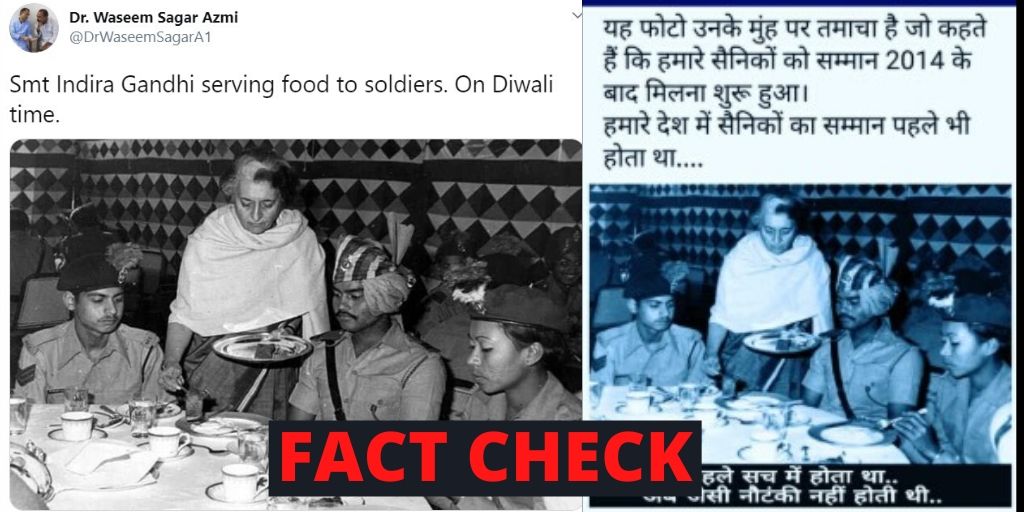 The image of the former PM Indira Gandhi, serving breakfast to NCC cadets who took part in the Republic Day Parade in Delhi in 1980 was being shared with misleading claims.

An image of former Prime Minister Indira Gandhi has surfaced on social media several times with different claims. In the black and white image, one can see Gandhi serving food to some three people in uniform. The image is doing rounds on various platforms since 2018.

The image was shared on a Facebook page 'With RG' with a caption, "Smt Indira Gandhi serving food to soldiers. On Diwali time."

This image was shared over 1300 times.

A Twitter user also shared the image with the same claim. 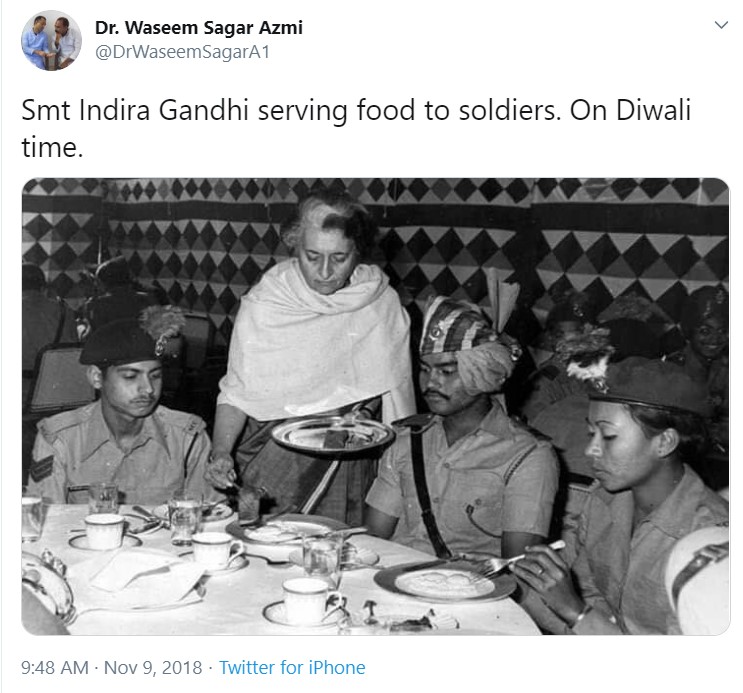 Recently, we received a request to check the real context of the image which was being shared with some text written on it. The message written on the image reads as " This image is a tight slap on the faces of those people who claim that our soldiers got respect only after 2014. They were always respected. Earlier, it used to happen for real, now what happens is mere drama." (Translated from Hindi)

With this image, the Modi government is being targetted as prior to 2014, UPA was at the center. 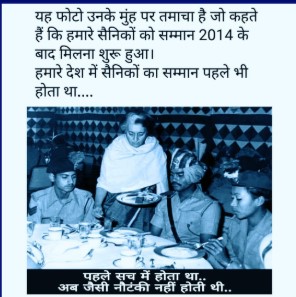 The truth behind the image

In our investigation, we found that in the image those seen in uniforms are not Indian Army soldiers, but NCC cadets who took part in the Republic Day Parade in Delhi 1980. In the image, then PM is serving breakfast to the cadets. 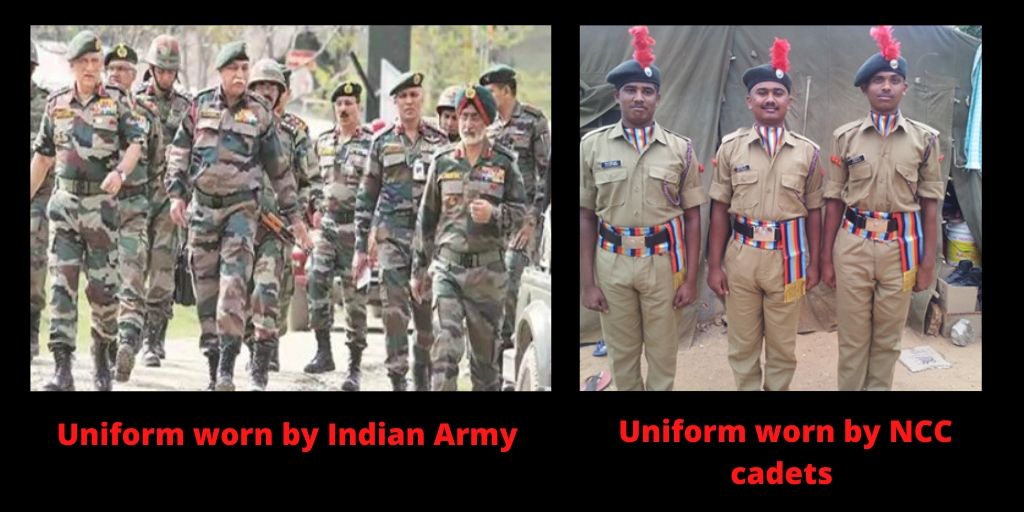 Taking a clue from this, with the help of relevant keyword searches in Hindi, we found that this image uploaded in an article by Hindi News daily, 'Jan Satta' on June 20, 2018. The image was credited to Indian Express archives. 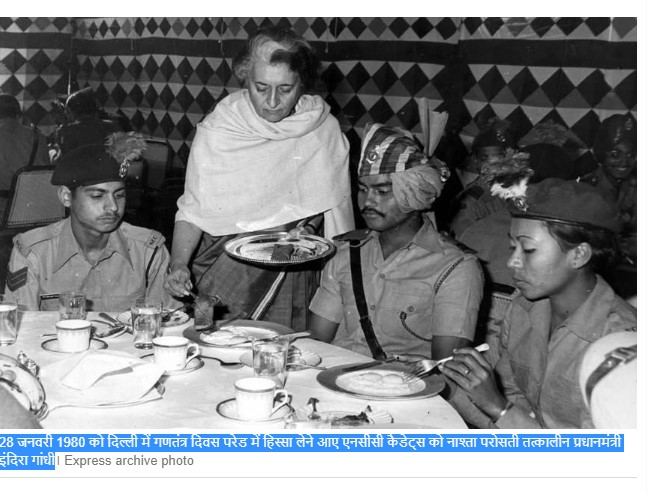 The photographed was captioned, "On 28 January 1980, the then Prime Minister Indira Gandhi served breakfast to NCC cadets who took part in the Republic Day Parade in Delhi." (Translated from Hindi)

Therefore, the image of the former PM Indira Gandhi, serving breakfast to NCC cadets who took part in the Republic Day Parade in Delhi in 1980 was being shared with misleading claims.