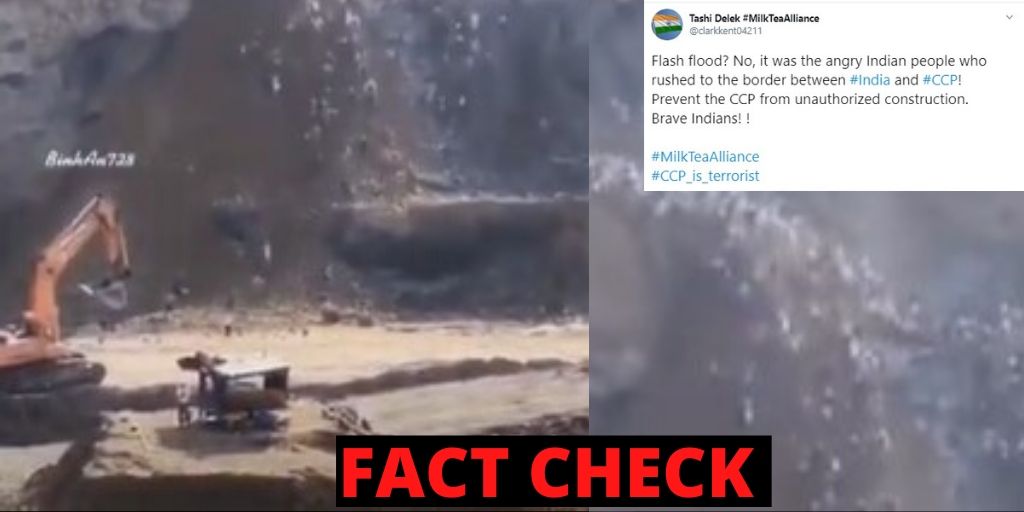 The viral video is at least 3-4 months old and is not related to recent India-China skirmish.

Recently, a video of scores of people running down elevated land is being widely circulated on social media claiming that these are hundreds of Indians rushing to block “illegal” Chinese construction along the border with India. A verified Twitter user named Alexandre Krauss, who is a senior political advisor European parliament as per his bio, shared the video along with the caption, “No. This is not a new Brad Pitt zombie movie. These are hundreds of Indians running to block #China’s illegal constructions in the border with #India…” 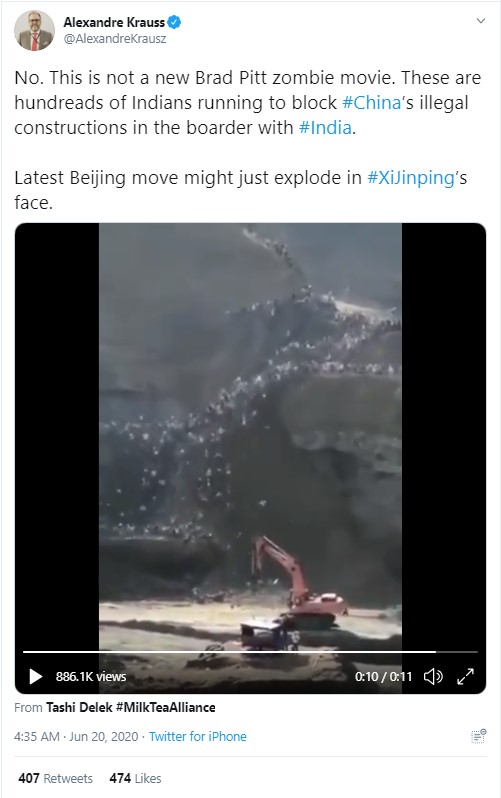 This video was by another user with a caption, "Flash flood? No, it was the angry Indian people who rushed to the border between #India and #CCP! Prevent the CCP from unauthorized construction. Brave Indians!" 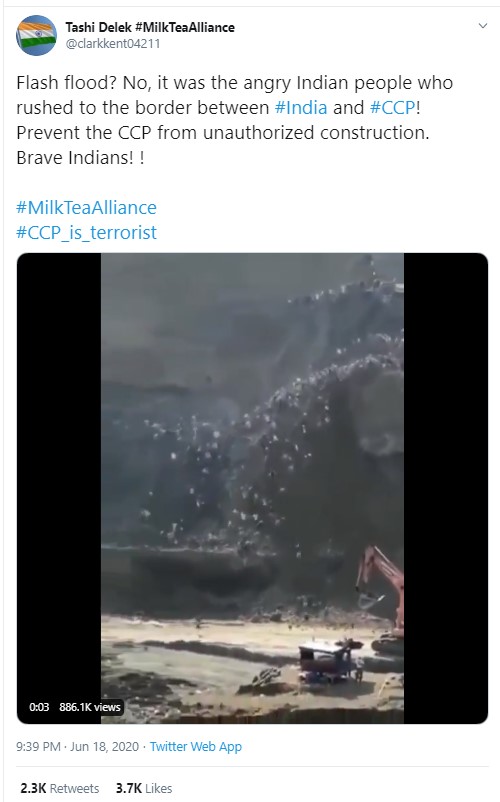 The video has also been posted on a few Chinese groups on Facebook with a similar claim. 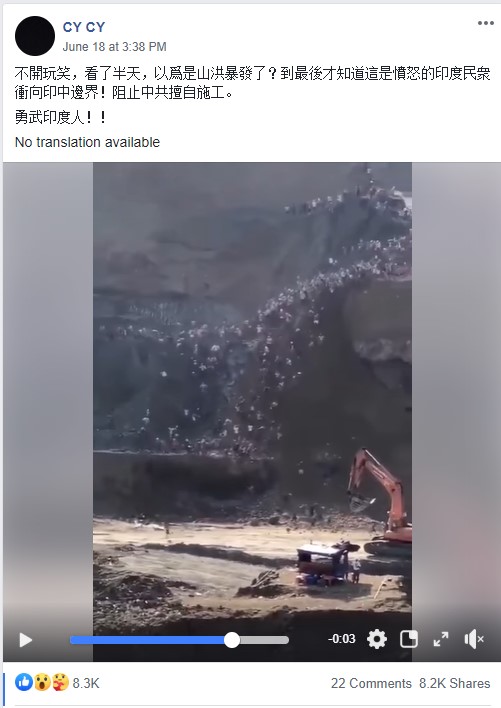 In our investigation, we found that this video is not related to recent India-China skirmish. With the help of reverse-image search of a keyframe, we found the same clip uploaded on YouTube on March 27, 2020. The top left corner of the video carries the TikTok username ‘binhan728’

We found this video uploaded on his profile on March 25, 2020, and several people commented that the video was from Jade mine, Myanmar.

Clearly, the video is at least 3-4 months old, which proves that it cannot represent any recent incident related to the India-China border dispute. Moreover, had such an incident taken place, it would have been reported in the media.

Taking a clue from the comments, we found similar videos shot in Mayanmar’s Jade mines and found some reported cases where “scavengers” flocked to the mines in hopes of finding the gemstone. 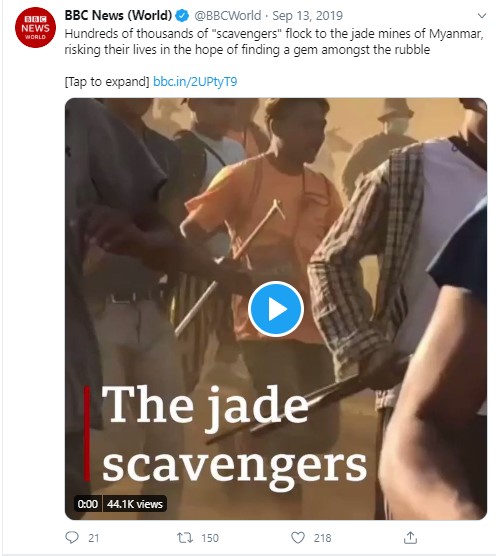 In conclusion, the viral video is at least 3-4 months old and is not related to recent India-China skirmish.