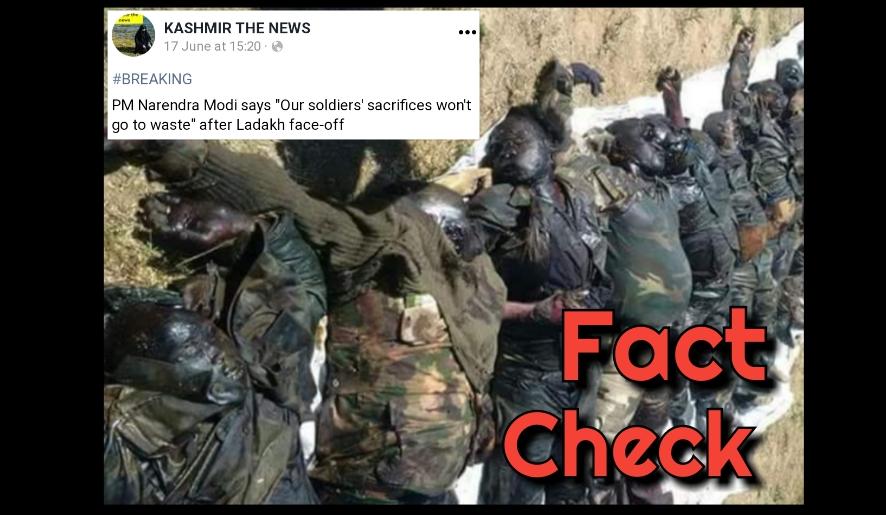 The viral picture is five years old and is most likely of Nigerian soldiers killed by Boko Haram insurgents in Africa.

In the backdrop of recent clashes between India and China on June 14 in the Galvan Valley of Ladakh, a picture is going viral on Facebook, in which bodies of several soldiers are lying in a queue on the ground. It is being claimed that this picture is of Indian soldiers killed in Galwan Valley.

A Facebook page Kashmir The News shared the picture with a claim 'PM Narendra Modi says "Our Soldiers sacrifices won't go to waste" after Ladhak face-off'. 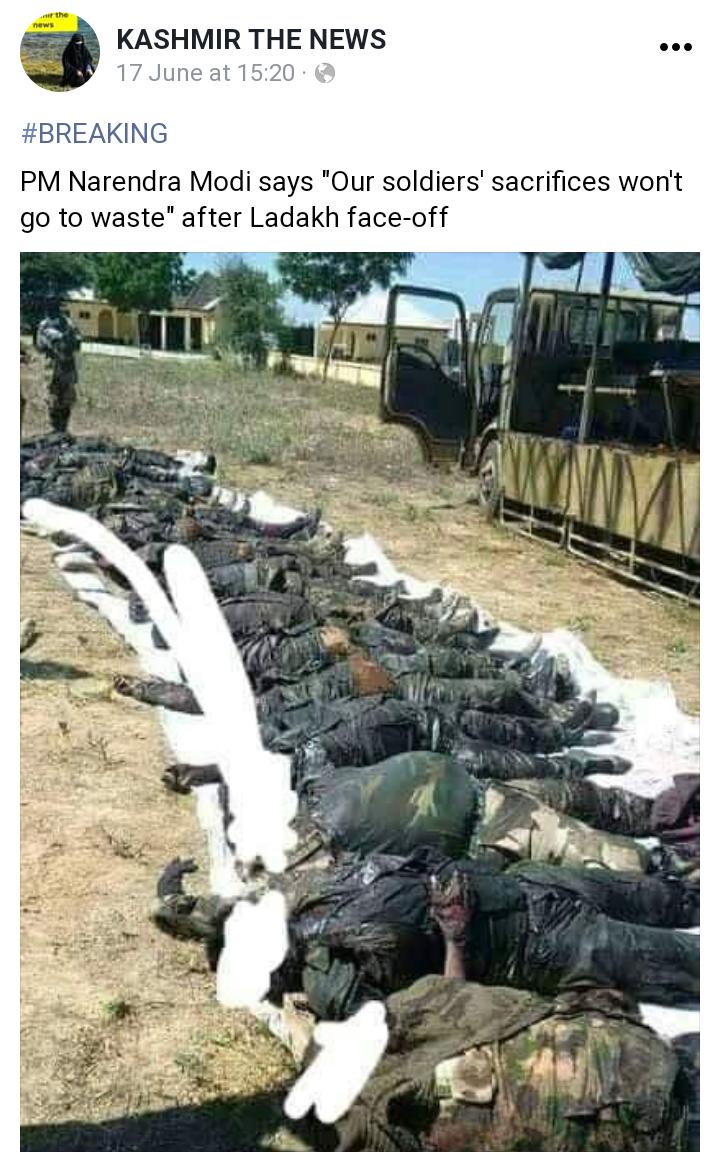 The viral image received 261 likes and 488 shares at the time of writing this article.

In our investigation, we found that the viral image is not of Indian soldiers martyred in a violent clash with the Chinese Army in Ladakh. This viral picture is about five years old and is of Nigerian soldiers who were allegedly killed in the Boko Haram attack.

After doing Google reverse image search, we found a blog post of Nairaland published on 30 November 2015. According to the caption written below the image '105 soldiers killed by Boko Haram maybe buried secretly by the Military- Huriwa'. 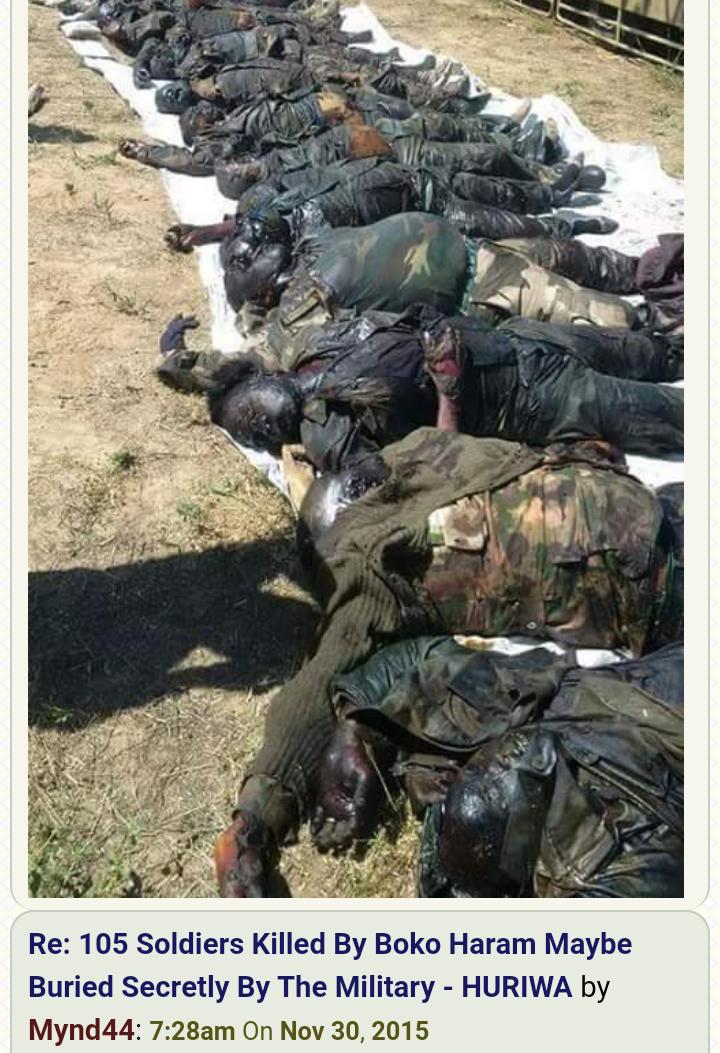 According to some reports, a dispute arose over the disappearance of 105 soldiers in Nigeria in 2015. Then suddenly this picture of the bodies of Nigerian soldiers came out on social media. People had accused the government that these soldiers were killed in the Boko Haram attack and the government is hiding this fact. Boko Haram is a jihadi terrorist organization based in northeast Nigeria, which is also active in Chad, Niger, and North Cameroon.

In conclusion, a 5-year-old picture from Nigeria is being shared to show Indian soldiers martyred in a violent clash with the Chinese Army in Galwan Valley.