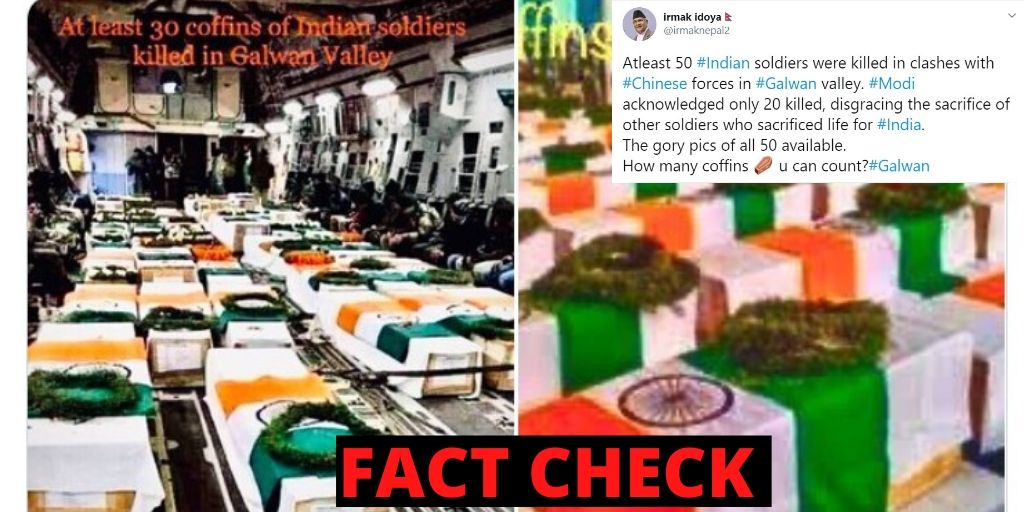 A set of images were falsely shared as coffins of the Indian army soldiers who died in Galwan Valley. The claim made with these images are also unverified and baseless.

Following the clash between the Indian Army and China's PLA, a number of unverified pictures and videos are being shared on social media. In addition to that, images of coffins wrapped in the Indian national flag have been shared with the claim that contrary to official numbers, almost 50 soldiers lost their lives during the recent clash in Galwan Valley and that these belong to the Indian soldiers who died.

A journalist named Arshad Sharif shared the two images saying, "Atleast 50 #Indian soldiers were killed in clashes with #Chinese forces in #Galwan valley. #Modi acknowledged only 20 killed, disgracing the sacrifice of other soldiers who sacrificed life for #India. The gory pics of all 50 available. How many coffins u can count?" 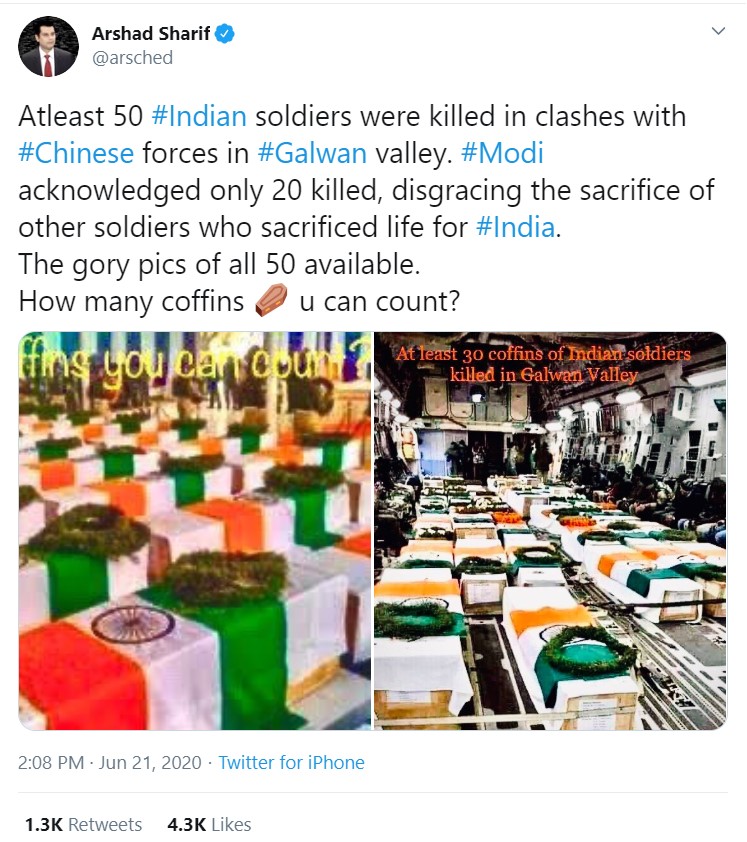 At the time of writing this article, this tweet has been reshared over 1300 times.

The same set of images were shared by another user with the same caption. 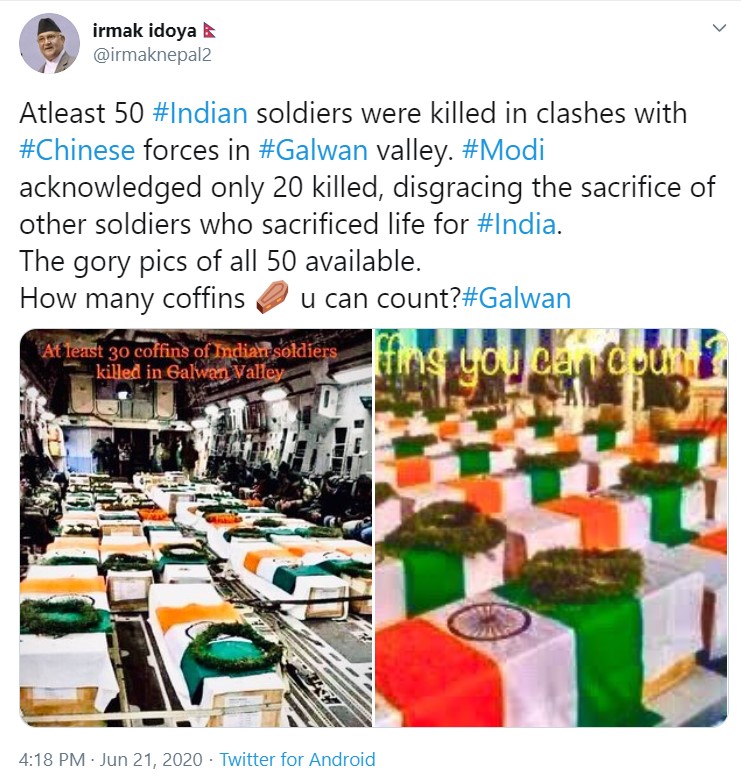 In our investigation, we found that both the images are old and unrelated to the recent India-China skirmish in Ladakh.

With the help of reverse image search, we found the image is seen on the right side used in an article published by Financial Express in February 2019 after the Pulwama attack where 44 CRFP soldiers were killed by a suicide bomber. The photograph was credited to PTI and has a caption “Cutting across the political divide, leaders were united in paying homage to CRPF martyrs at Palam technical airport in New Delhi.” 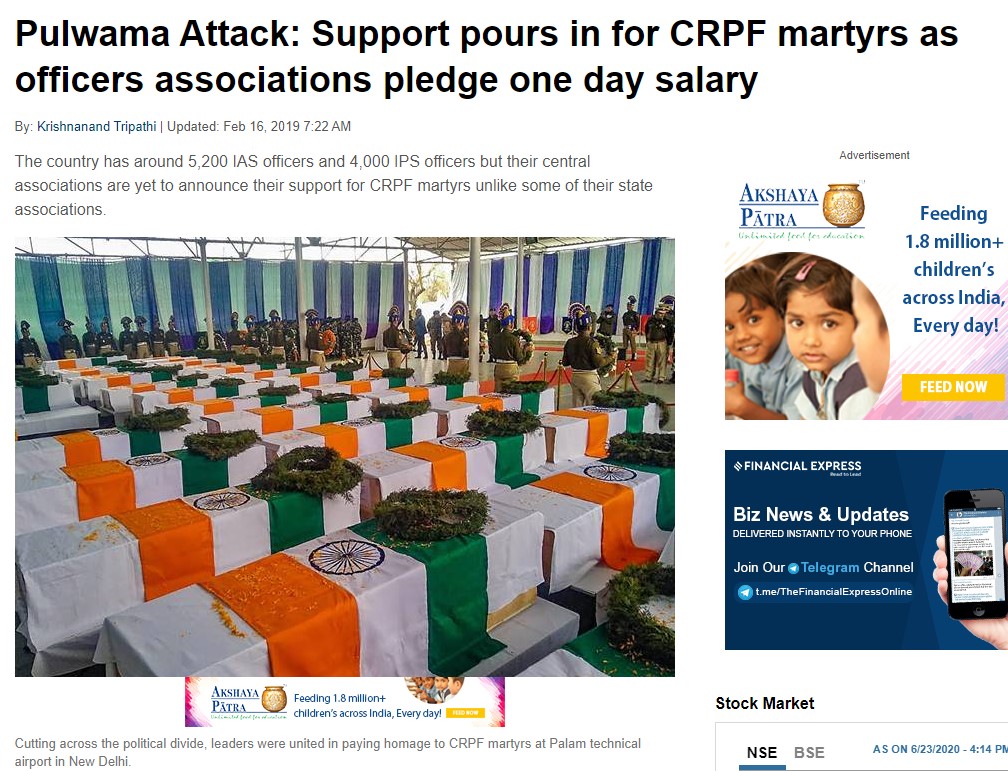 The picture on the left side was also traced back to last year after the Pulwama attack took place on February 14, 2019. Below is a Facebook post from February 17, 2019. However, we were not able to find the original sources of the image but certainly, the image is unrelated to skirmish in Galwan Valley. 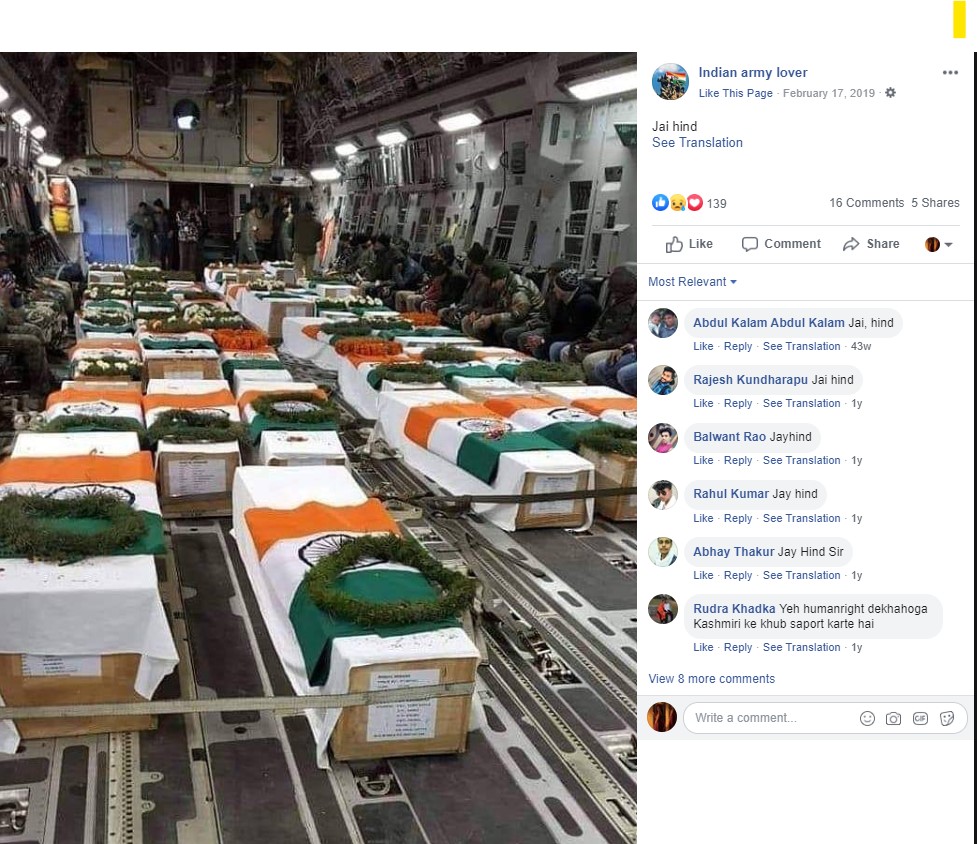 In conclusion, a set of images were falsely shared as coffins of the Indian army soldiers who died in Galwan Valley. The claim made with these images are also unverified and baseless.