The picture of CPI (M) leader Sitaram Yechury with a banner containing anti-India messages Photoshopped. In the real picture, Sitaram Yechury was protesting against the policies of the government.

A picture of the Marxist Communist Party (CPI-M) leader Sitaram Yechury is going viral on social media. In the picture, a banner with anti-India messages can be seen hanging with his neck. The message reads, "Indian Army Down Down..We support to China..Zindabad". The image is shared with a claim that the party protested against the Indian Army following clashes with Chinese troops in the Galwan valley in Eastern Ladakh.

A Facebook user Abhimanyu Mishra shared the picture using the caption "Communist Sitaram Yechury is the traitor of the country. Leave the Chinese goods, and thrash the Chinese supporters". ( Roughly translated from Hindi) 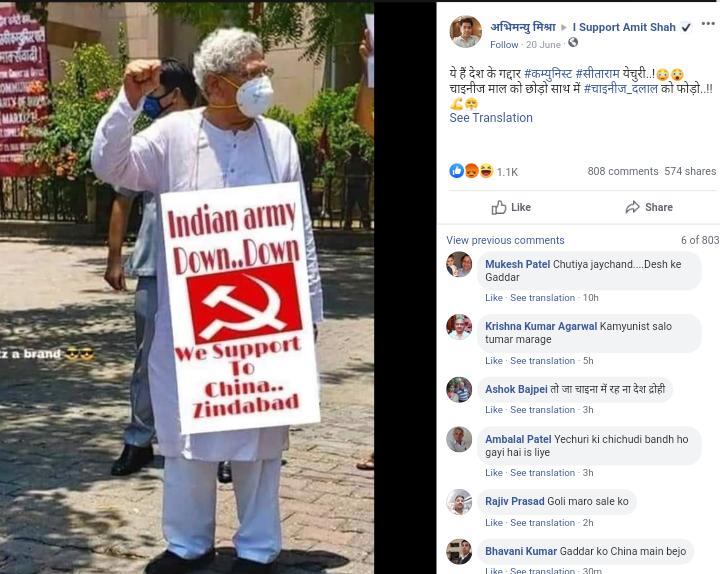 In our investigation, we found that the viral image of CPI (M) leader Sitaram Yechury protesting along with a banner containing anti-Indian army statements is photoshopped.

After doing Google reverse image search, we got the original picture, in which Sitaram Yechury can be seen protesting. The banner which is seen hanging on his neck in the picture, reads, ' 'immediately pay Rs 7500 for three months to all outside the income tax bracket.'.' 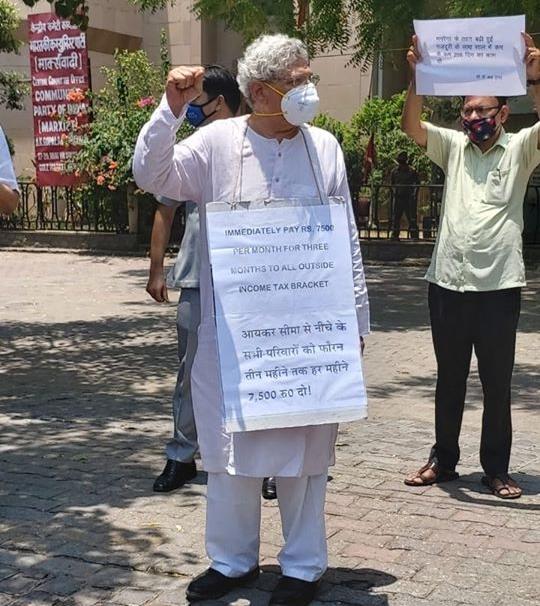 The official Twitter handle of the CPI (M) shared few images in which Yechury, besides many other leaders can be seen protesting against the policies of the government. The caption reads "All India Protest against Modi govt's anti-people policies. #PeopleProtestModiGovt" 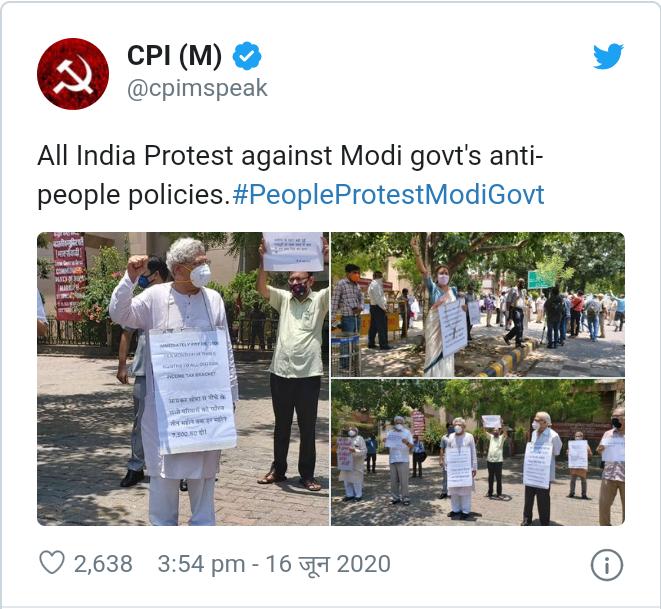 According to the news report of The Telegraph CPM general secretary Sitaram Yechury, party leaders Brinda Karat, Prakash Karat, and others protested in New Delhi on 16th June, demanding a cash transfer of Rs 7,500 to every migrant.

After doing a comparison of both the real and fake image we found that the viral image is made with the help of image editing tools like photoshop. 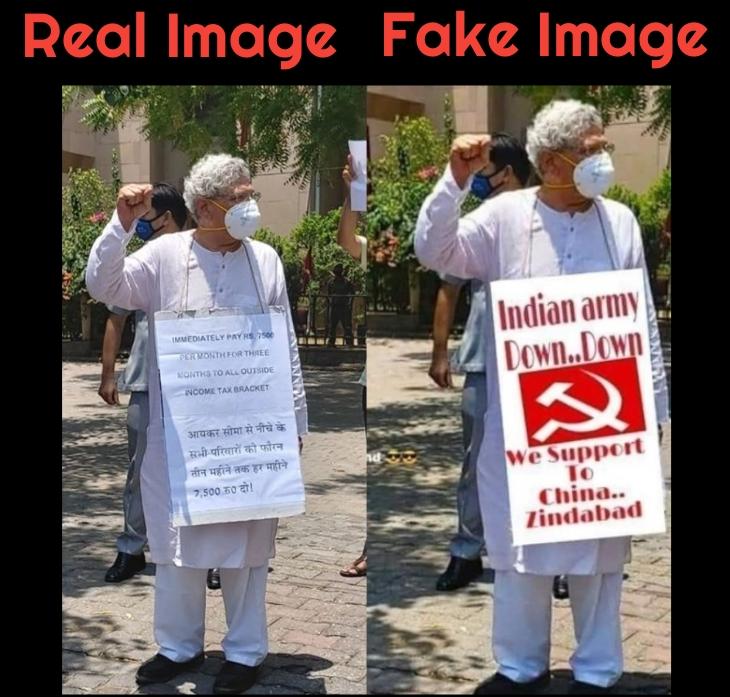 In conclusion, the picture of CPI (M) leader Sitaram Yechury with a banner containing anti-India messages Photoshopped. In the real picture, Sitaram Yechury was protesting against the policies of the government.