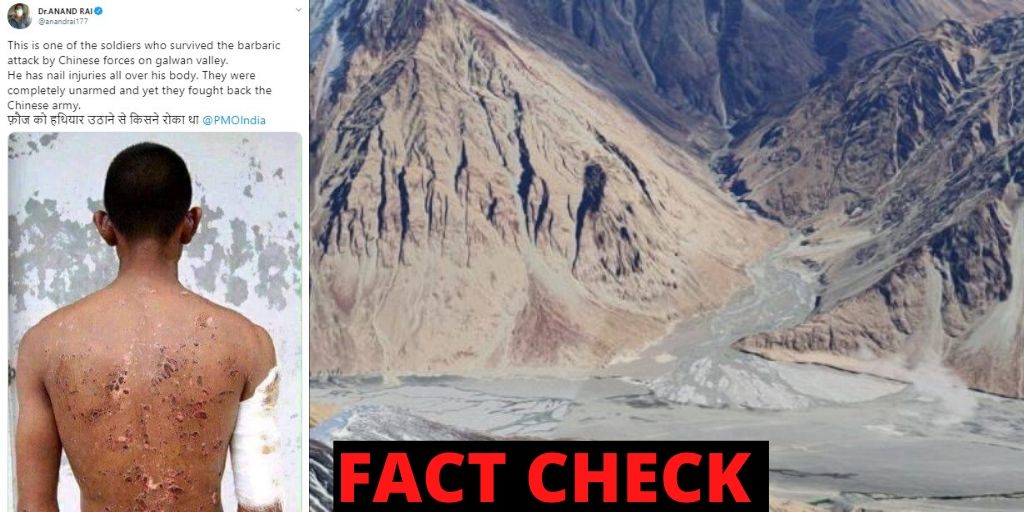 The image shared by Dr. Anand Rai showing an Indian soldier wounded in the recent India-China dispute is false. The image is at least 4-year old and is from Thailand.

In the wake of recent clashes between India and China on June 14, activist- doctor Anand Rai, best known for exposing the Vyapam scam, tweeted an image of a soldier who had injuries all over his back claiming that the image is of an Indian soldier who survived the brutality of Chinese soldiers during the recent face-off in Galwan valley.

Dr. Anand Rai wrote, "This is one of the soldiers who survived the barbaric attack by Chinese forces on galwan valley. He has nail injuries all over his body. They were completely unarmed and yet they fought back the Chinese army."  He further questioned the Prime Minister why were the armed forces stopped from picking up the weapons.

This image was shared in the backdrop of claims that the Chinese side attacked Indian soldiers with nail-studded clubs.

In our investigation, we found that the image is a four-year-old and is not from India but from Thailand.

With the help of a reverse image search, we found this image used in a 2016 blog that talked about the training of Thai soldiers. 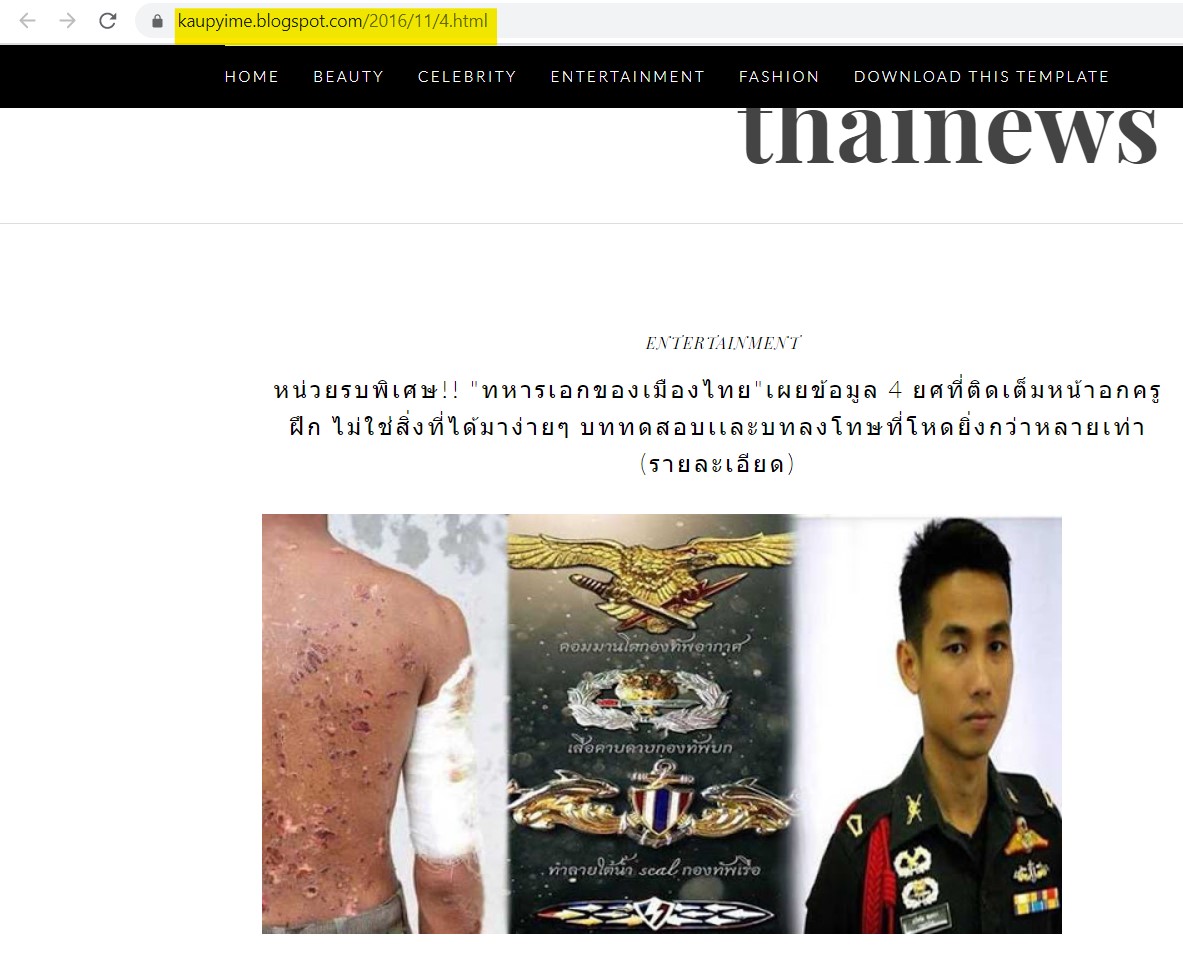 This image was published by several Thai-blogs since 2016. However, we couldn’t independently verify the context behind the photograph

In conclusion, the image shared by Dr. Anand Rai showing an Indian soldier wounded in the recent India-China dispute is false. The image is at least 4-year old and is from Thailand.