Fact Check: Did Brahmins in UP chop off a girl’s tongue to offer in the temple?

The viral claim is false that In UP's Bundelkhand, Brahmins cut the tongue of an 8-year-old girl and offered it to Lord Shiva to prevent the corona from spreading in the village. In reality, a 16-year-old girl cut off her own tongue to offer Lord Shiva as a sacrifice, so that her village could be protected from the coronavirus.

A Twitter user who goes by the username @CitizenKamran tweeted out recently claiming that some Brahmins in a village in UP cut the tongue of an eight standard girl to offer it to a temple. He posted a picture with a caption, "There is limit of hypocrisy & superstition In order to save the village from corona in Bundelkhand, UP, a 8th class girl's tongue was cut off by bharhmis and offer as sacrifice and climbed into Shivji's temple. But neither mainstream media nor celebrities will outrage on this".

To verify this claim, we did a keyword search using the words ‘tongue’ ‘village’, etc, and found an article by LiveHindustan which reports this incident on May 23, 2020. According to this article, this incident took place in Bhadaval village, Banda District in UP. It reports that the girl cut off her tongue to offer at a Shiva temple in her village. Her father has reported that she had gone to worship at the temple alone and when she did not return, people later found her in an unconscious and blood-soaked state at the temple. Later, she was admitted in the hospital and she has then recovered and has returned home. It has been reported by her father that she had vowed to severe her tongue and offer it at the temple to save her village from Coronavirus and the same has been claimed by the Village head as well. 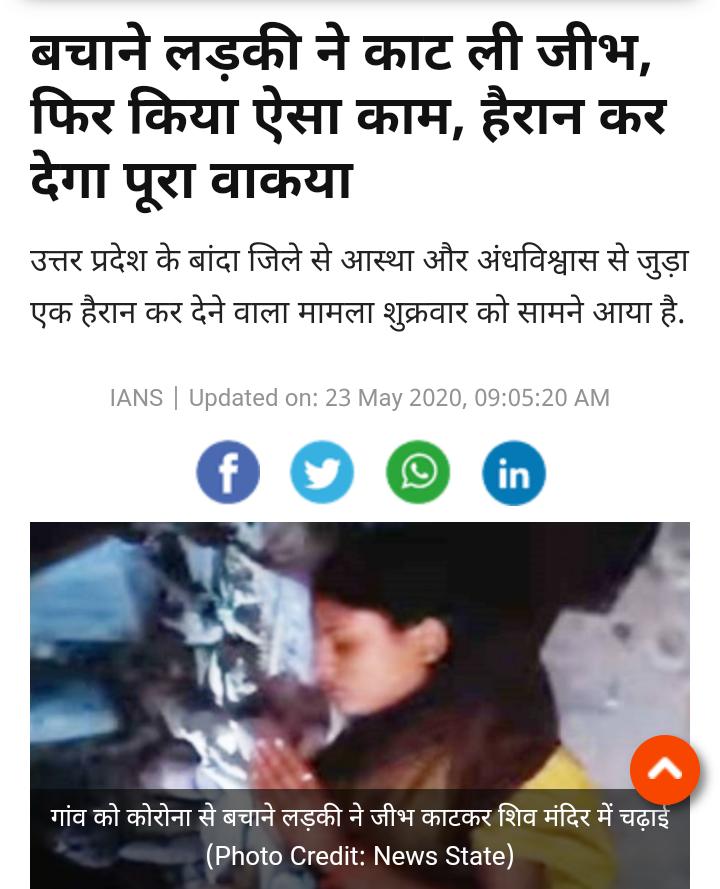 Moreover, Times Fact Check has also contacted the additional superintendent of police Lal Bharat Kumar Pal and he has said that "The girl cut off her tongue. During our investigation, there was no evidence of the girl being asked to chop her tongue. If such a complaint comes, we will further investigate the matter”. Thus, confirming that no such allegations against the Brahmins have been made.

The user who had made this controversial claim had recognized his mistake and deleted the tweet.

Earlier, a similar incident also came up in April. A 24-years-old migrant from Madhya Pradesh chopped off his tongue, reportedly as a sacrifice to please a deity to halt the spread of novel coronavirus in the country. The incident happened in Nadeshwari of Banaskantha district’s Suigam taluka. The village is located about 18 km from the Indo-Pak border. 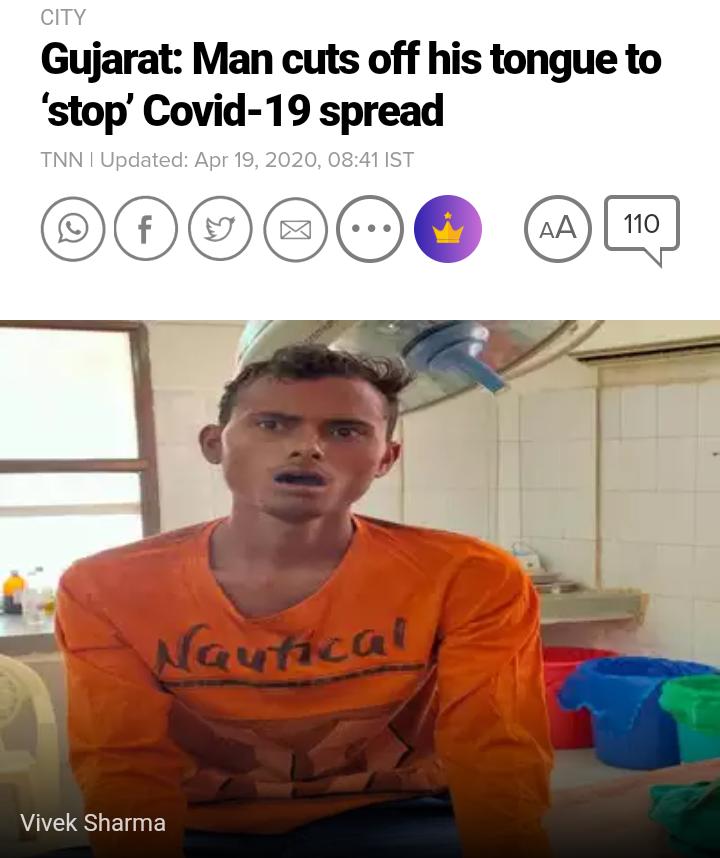 In conclusion, the viral claim is false that In UP's Bundelkhand, Brahmins cut the tongue of an 8-year-old girl and offered it to Lord Shiva to prevent the corona from spreading in the village. In reality, a 16-year-old girl cut off her own tongue to offer Lord Shiva as a sacrifice, so that her village could be protected from the coronavirus.