An unclear image of Amit Shah from 2010 when he was taken to the CBI in connection with the Sohrabuddin fake encounter case, is being shared with a false message.

Recently, an old image of BJP leader Amit Shah is getting viral on Facebook claiming that image was taken when Amit Shah was taken to court handcuffed. The image was posted in a Facebook group by a user named Manohar Shrivastava‎. The image has some text written over it which implies, "See the misfortune of the country, once a fugitive is now the Home Minister of the country. When Amit Shah was handcuffed (covered under a handkerchief) and taken to the court. Please make this historic picture viral." 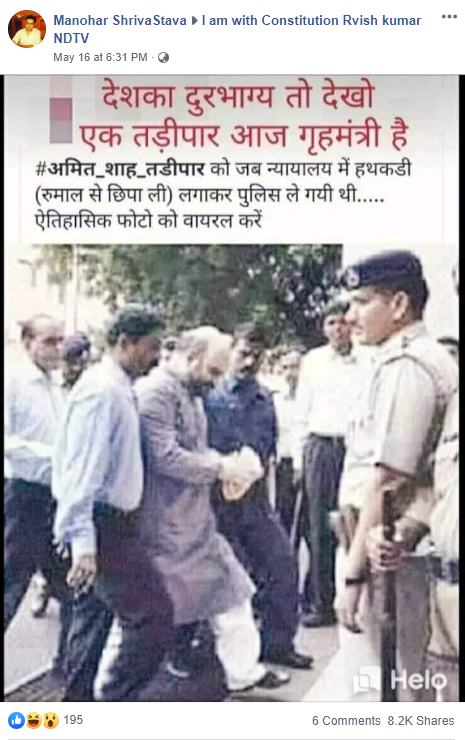 At the time of writing this article, this post was reshared over 8000 times.

While investigating, we found more clearer version of the image. 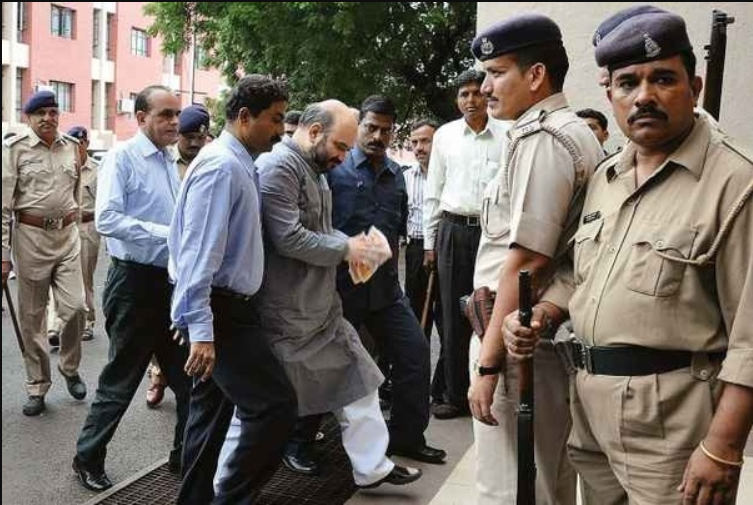 In this image, one could clearly that Amit Shah is not handcuffed but he wiping his hands with a handkerchief.

We found this image uploaded in The Hindu report titled, "Amit Shah had an active role in fake encounter: CBI" published back in 2010. The cation of the caption reads as, "File photo shows officials taking former Gujarat minister Amit Shah to the CBI office in Gandhinagar on August 8 in connection with the Sohrabuddin fake encounter case. The Supreme Court on Thursday granted the CBI three months' time to complete the investigation in the case." 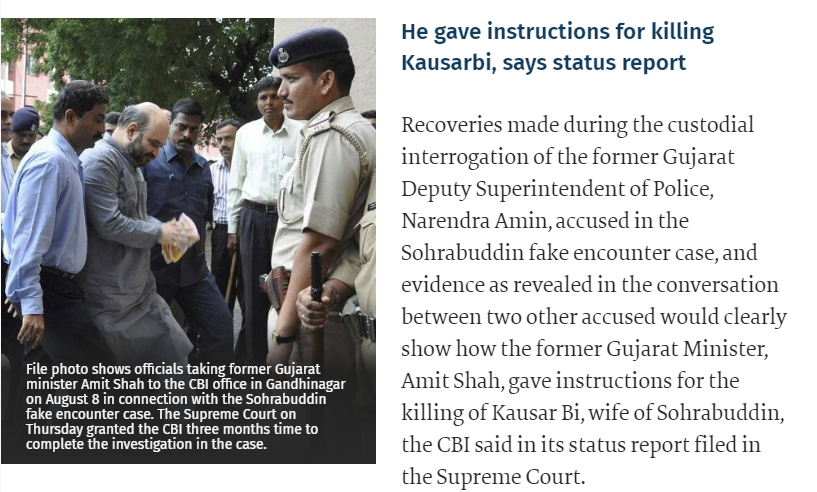 Here is a zoomed version of the same picture. 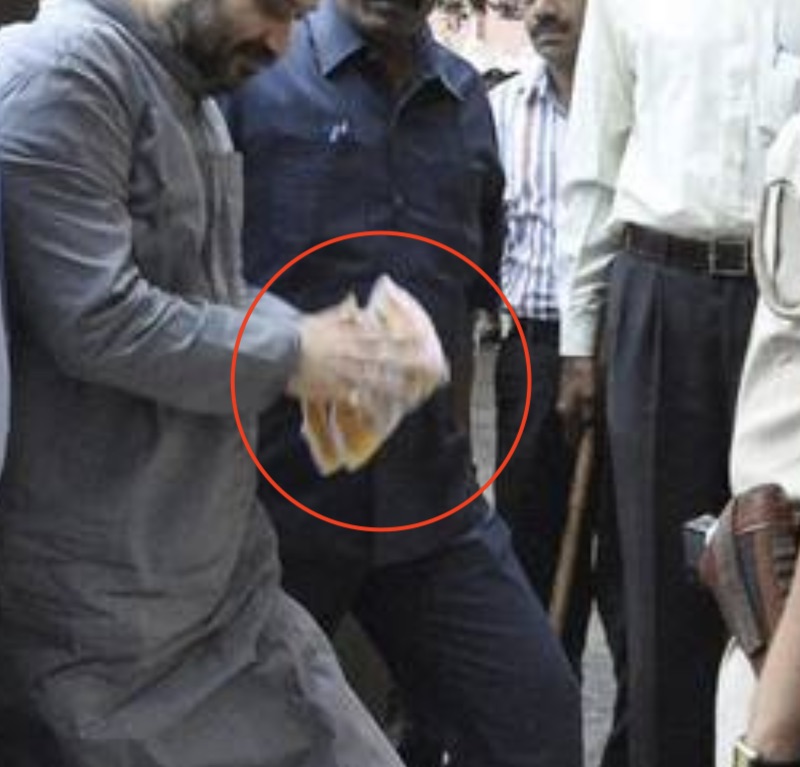 In conclusion, an unclear image of Amit Shah from 2010 when he was taken to the CBI in connection with the Sohrabuddin fake encounter case, is being shared with a false message.

In 2010, Amit Shah had surrendered before CBI after a charge sheet was filed against him and was subsequently arrested. Before his surrender, Shah said, "The incident happened five years back. But the CBI acted in such haste that they did not even give me enough time to reply. I will respond to all the charges and will expose the people who are behind bringing of these allegations".

The CBI charge sheet had named Shah as a key accused along with IPS officers D G Vanzara, Rajkumar Pandian, M N Dinesh, and Abhay Chudasama. According to the charge sheet, it was Shah who had entrusted the task of eliminating Sheikh, an alleged gangster, to Vanzara, Pandia, and Chudasama.

His bail plea was initially rejected by a special CBI court in Gujarat but was later granted bail by the Gujarat High Court.

On December 30, 2014, a special CBI court in Mumbai had discharged Amit Shah from the case.

Exile of Amit Shah from Gujarat

When CBI had filed a plea seeking cancellation of Amit Shah's bail the next day, Justice Aftab Alam took a petition at his residence when the courts were closed to bar him from entering Gujarat. Amit Shah was thus forcibly exiled from the state from 2010 to 2012.