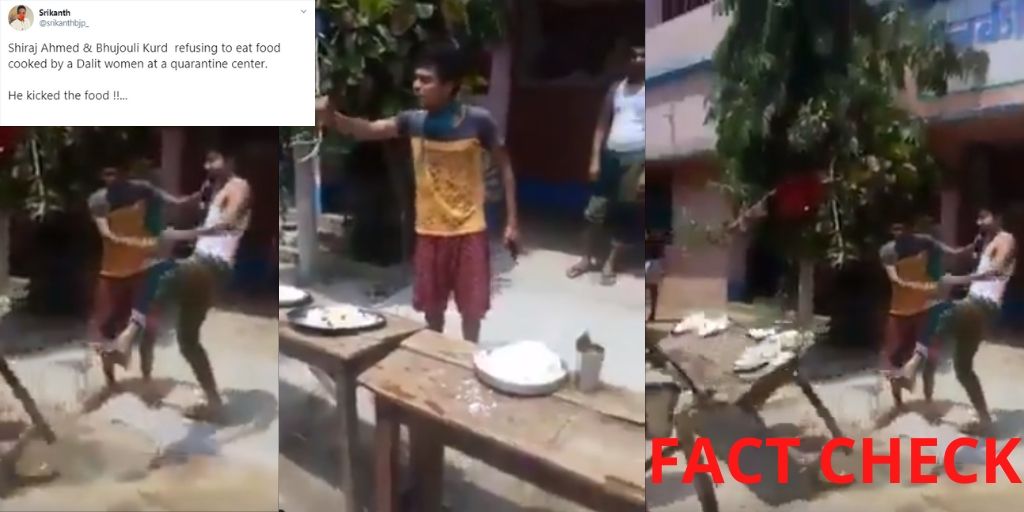 In conclusion, a video from Madhubani, Bihar, where an argument erupted over social distancing is being shared with a false claim that upper caste men refused to eat food cooked by a Dalit woman.

Recently, a video is getting viral on social media claiming that two men named 'Shiraj Ahmed & Bhujouli Kurd' refused to eat food cooked by Dalit a woman at a quarantine center. A Twitter user named Srikanth shared the video with a caption, "Shiraj Ahmed & Bhujouli Kurd refusing to eat food cooked by a Dalit woman at a quarantine center. He kicked the food !!" 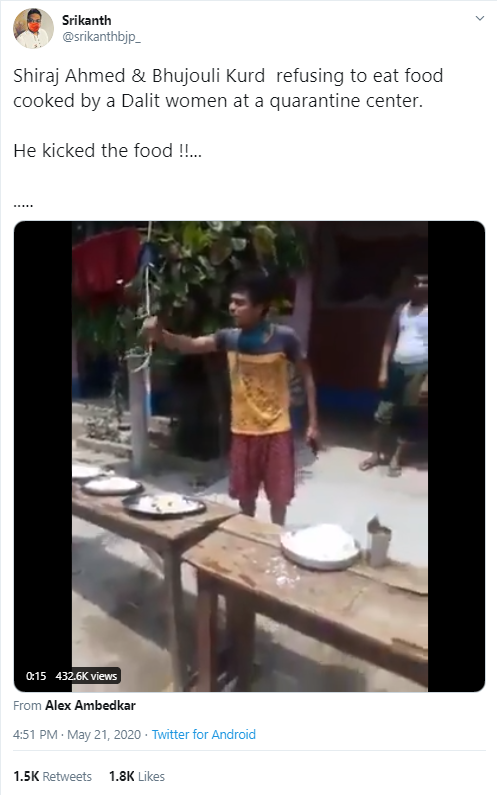 At the time of writing the article, this tweet was shared over 1500 times. You can watch the video here:

The same video is viral on Facebook as well with the same claim.

In the video, one can see two men yelling at the woman standing in front, while a few around them are recording the video. Later in the video, they angrily kick food kept on a table.

Another user named Alex Ambedkar shared the same video with a caption, "Merit Dhari refusing to eat food cooked by a Dalit woman at a quarantine center. What arrogance....." Here, the word 'Merit' (meritorious) is used to refer to the people of the upper caste. 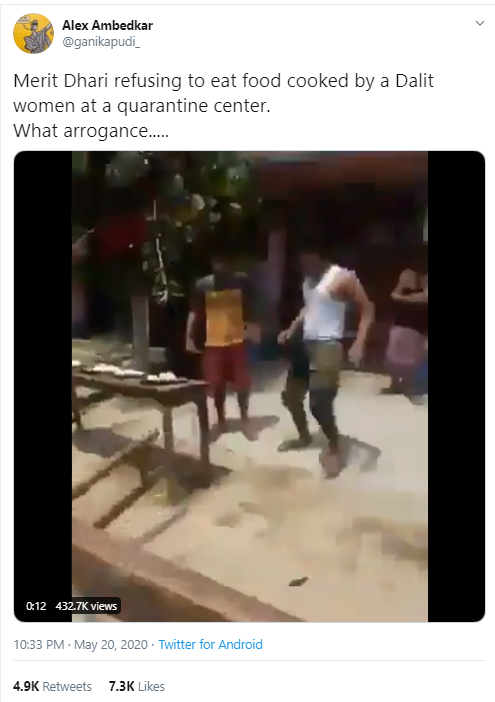 At the time of writing this article, this tweet was reshared over 4900 times.

After analyzing the video, we spotted the location of the school "Madhwapur" written on a wall in one of the frames. 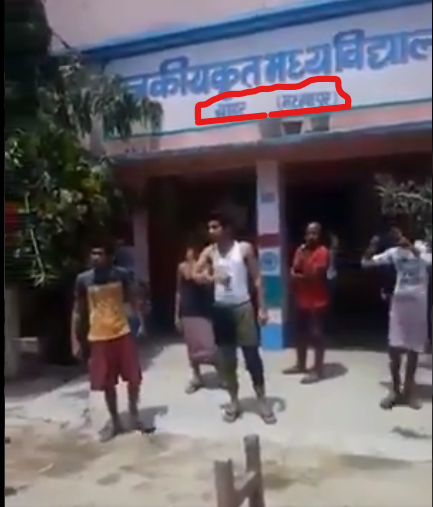 With the help of relevant keyword searches we found out that the video is from Madhubani district of Bihar where a school in Madhwapur block has been turned into a quarantine center.

We found a Dainik Jagran report published on May 18, 2020 report with a title, 'Migrants in Madhubani, Bihar kicked food, abused female cook'. (Translated). 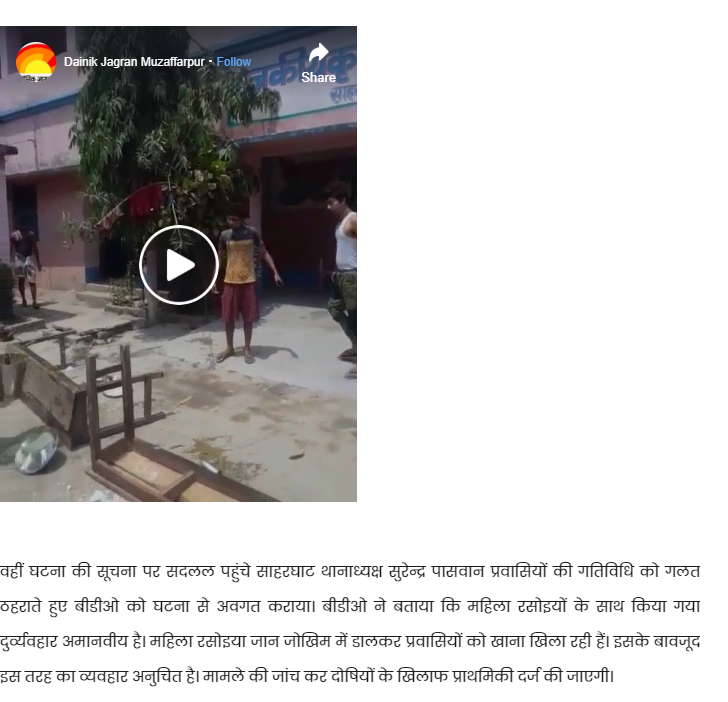 The viral video is also used in the report according to which, 25 migrant laborers are being quarantined at the school-turned- Saharghat quarantine center. On Monday afternoon, the lady cook served them food on a plate and placed it on the bench. However, some of the migrant laborers asked her to sit and feed without keeping social distancing. After she refused, the migrants kicked the food and mistreated her.

Abpbihar.com also reported the incident according to which, an FIR has been filed in the case against three migrants namely, Pankaj Kumar Rai, Manoj Kumar Rai, and Ashok Kumar Sahu.

Since all the accused are Hindus there can't be any Hindu-Muslim angle in the case.

In conclusion, a video from Madhubani, Bihar, where an argument erupted over social distancing is being shared with a false claim that upper caste men refused to eat food cooked by a Dalit woman.

Even though the video is being shared with misleading claims, the news that Shiraj Ahmed has refused to eat food cooked by Dalit is true. According to a report by IANS, 35-year-old Siraj Ahmad, a native of Bhujouli Khurd village under Khadda police station in Kushinagar district was booked by the police for refusing to eat food at a quarantine center on the ground that it had been cooked by a Dalit. He had returned from Delhi on March 29, and was staying at the quarantine center at the village primary school along with other four people.

Correction: The article was updated after we found that the news of Shiraj Ahmed refusing to eat food cooked by Dalit is true.