Fact Check: No, Rahul Gandhi's meeting with migrants at Delhi’s Sukhdev Vihar was not staged 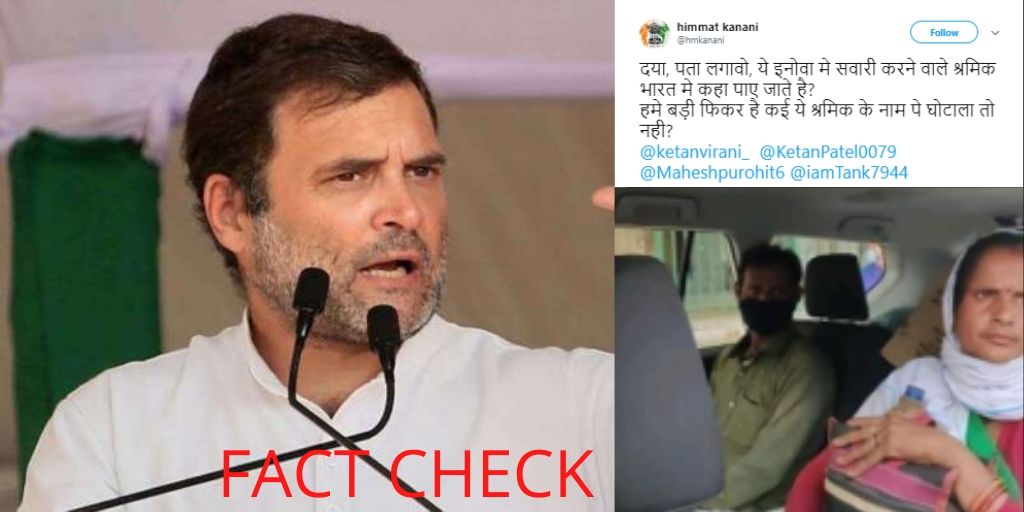 A set of two images of a migrant woman, for whom the car was arranged to drop her along with other migrant workers home by Rahul Gandhi, is being shared with false claims on social media.

On May 16, Congress leader Rahul Gandhi met several migrant workers at Delhi’s Sukhdev Vihar flyover. A number of mainstream media houses reported on this with pictures of Gandhi sitting on the pavement.

Following this, two images from the interaction started widely circulating on social media with the claim that the entire interaction of Rahul Gandhi with the workers staged. A Twitter user shared the image with a caption that implies that the whole affairs was a photo-op and this woman was not a laborer but brought to the spot in a car. 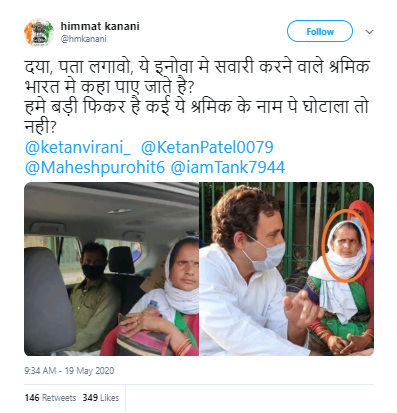 The same set of images is being widely shared on Facebook with the same claim.

With a reverse search of the image, we found a set of images tweeted by the Uttar Pradesh Congress Committee President Ajay Kumar Lallu on May 16, the day Rahul Gandhi met migrant workers. In three of the four images, the woman, who is being highlighted in the viral post can be seen. In two of the pictures, one can also see that some other people are sitting inside the car. Ajay shared the images with the caption, “ He stayed there for some time to understand their pain. All of these people were sent to their homes.” (Translated from Hindi) 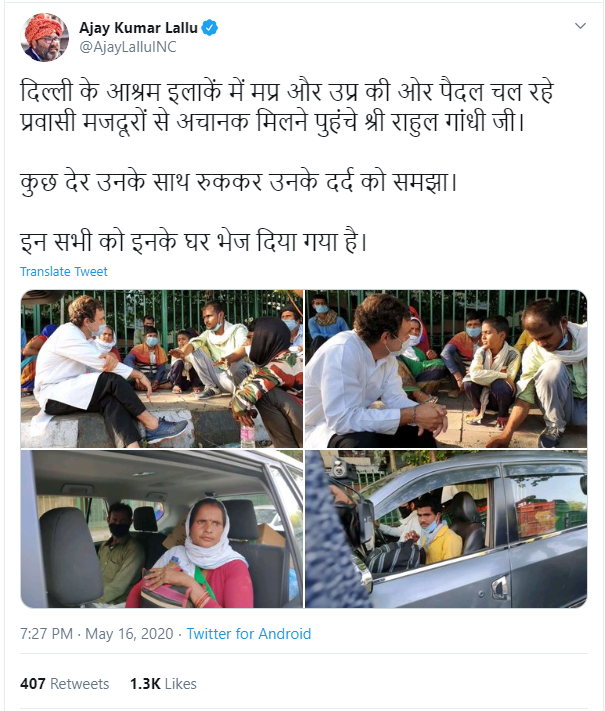 News Agency ANI had also tweeted a set of images from the event. The caption shared with the image reads," Rahul Gandhi interacted with migrant labourers who were walking near Sukhdev Vihar flyover to return to their home states. Party volunteers later arranged vehicles to take them to their homes. A labourer, Monu says “Coming from Haryana, have to go to Jhansi”. In the ANI tweet, the same woman seen in the viral post can be spotted sitting inside the car beside the same man in an olive green shirt and black mask. 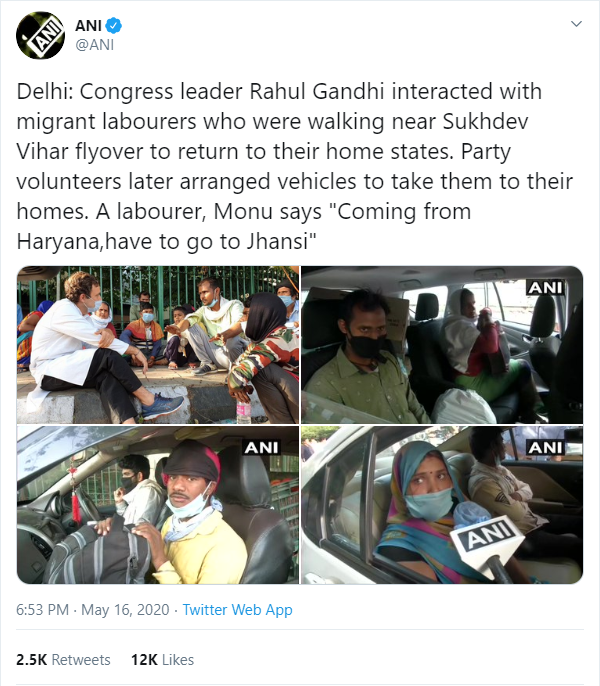 In conclusion, a set of two images of a migrant woman, for whom the car was arranged to drop her along with other migrant workers home by Rahul Gandhi, is being shared with false claims on social media.