Fact Check: A video of mother sitting between train carriages with an infant is old one from Bangladesh 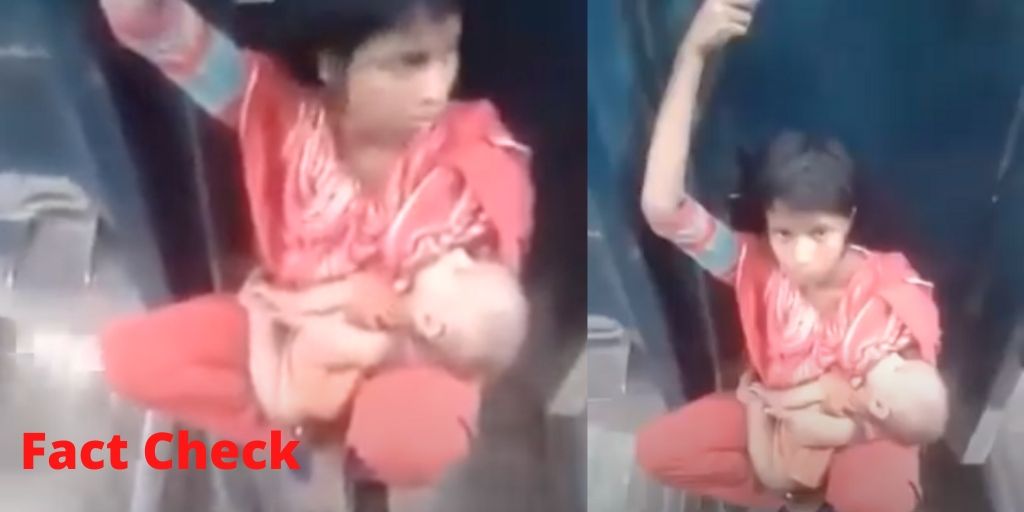 The viral video is at least 4 years old and has no link with the ongoing nationwide lockdown in India. The available evidence suggests that the video is most likely from Bangladesh.

Even though this video is not from India, the plight of migrant laborers is no different.

A former member of Parliament and managing director & chief editor of weekly Nai Duniya tweeted a video of a mother sitting between train carriages with an infant with a caption "Look at this mother traveling on a goods train with a child. For her risk of dying like this is less then dying of hunger in a heartless city. This can happen only in India". 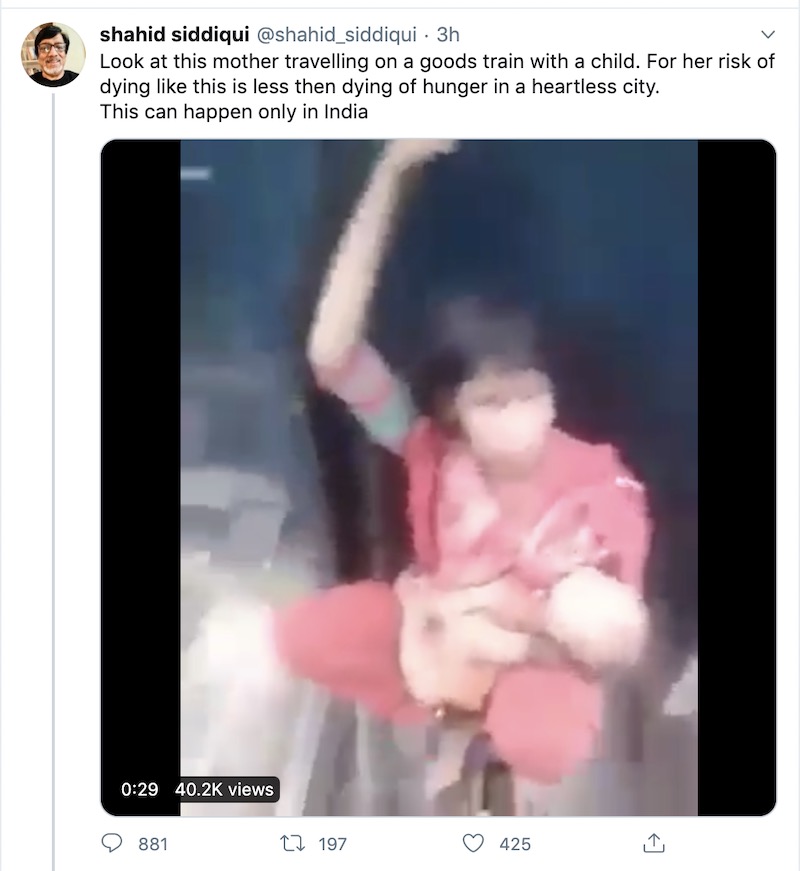 A journalist associated with NDTV pointed out that the video could be from Bangladesh as the pattern of yellow streaks spotted in the video matches the bogies of the Bangladesh Railway trains. We extracted a frame from the viral video showing yellow streaks and matched with pictures of Bangladeshi trains. However, this is not conclusive evidence. 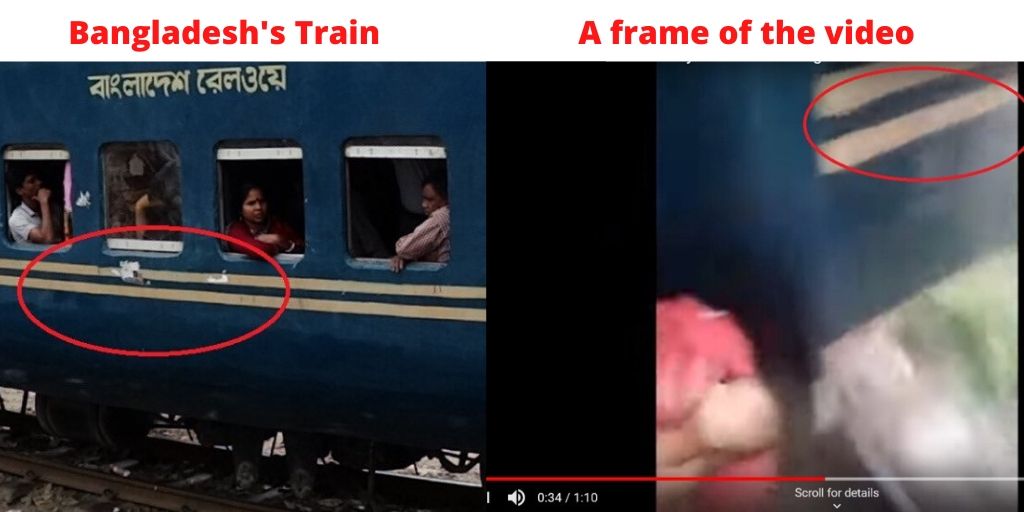 With the help of reverse image search of keyframes and keyword searches, we found the same video on Youtube which was uploaded in 2016 by Bangladeshi newspaper Prothom Alo’s YouTube channel.

In conclusion: The viral video is at least 4 years old and has no link with the ongoing nationwide lockdown in India. The available evidence suggests that the video is most likely from Bangladesh.

The situation of Migrant Laborer no different

Even though this video is not from India, the plight of migrant laborers is no different. Tens of thousands of people have been walking home from big cities and industrial hot spots after being laid off because of the lockdown in force since late March.

A migrant woman worker from Chhattisgarh was walking with her husband and some other migrant workers along National Highway 44 to reach her home state delivered a baby by the roadside in Telangana's Medak district.

Last week, sixteen people were killed when they were run over by a freight train near Maharashtra’s Aurangabad as they slept on train tracks after a long journey on foot in a desperate attempt to find transport to go back to their home towns hundreds of kilometers away in Madhya Pradesh.