Fact Check: Congress shares an old video of a man eating from railways tracks as recent one to target BJP

The official Twitter handle of the Indian Nation Congress shared an old video of a man eating leftovers thrown on a railway track to target BJP.

The official Twitter handle of Congress party has posted a collage of two videos. In the 1st part of the video, a man can be seen eating leftovers thrown on a railway track. The caption of the video reads 'BJP: Makes poor people yearn for every single grain of food'. In the second video, Congress workers can be seen feeding the poor, and the caption reads, 'Congress feeds the poor'.

By sharing the video, Congress is implying that this video is in the midst of lockdown, where the Congress is helping the poor in this period, while the BJP is not doing anything for the economically weaker section of the country.

The tweet reads, "Difference of Humanity. BJP turned its back on poor countrymen yearning for food during the Coronavirus crisis, while Congress converted its headquarters into kitchens for countrymen during these trying times". (Roughly translated from Hindi) 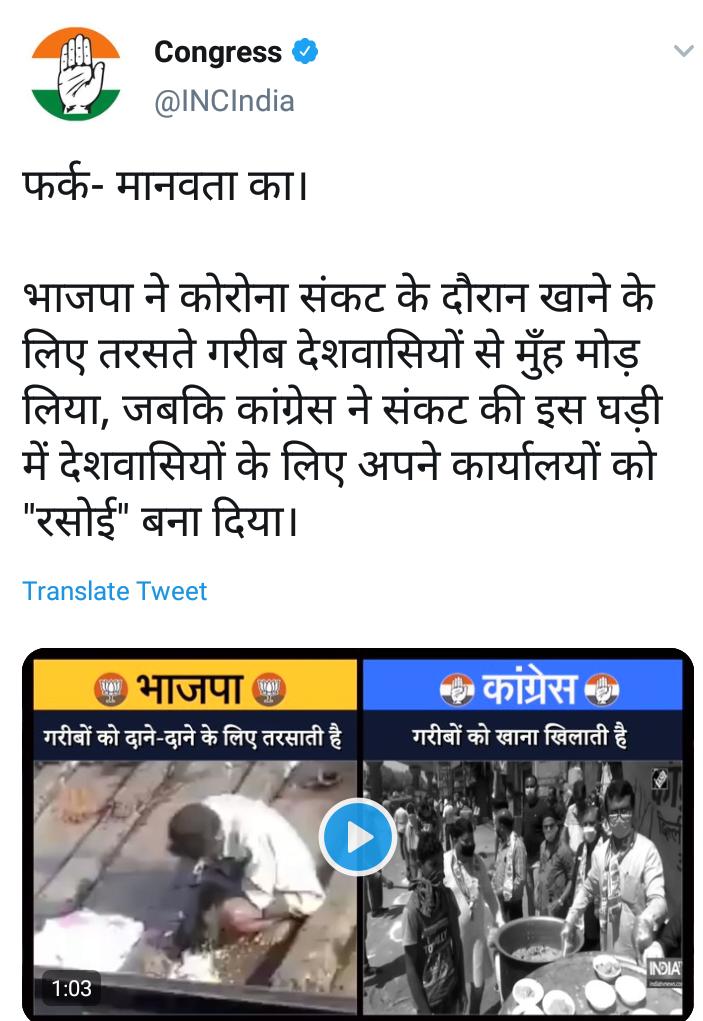 The viral video received 33,800 views and 1,000 retweets at the time of writing this article.

The video has also been widely shared on Facebook. 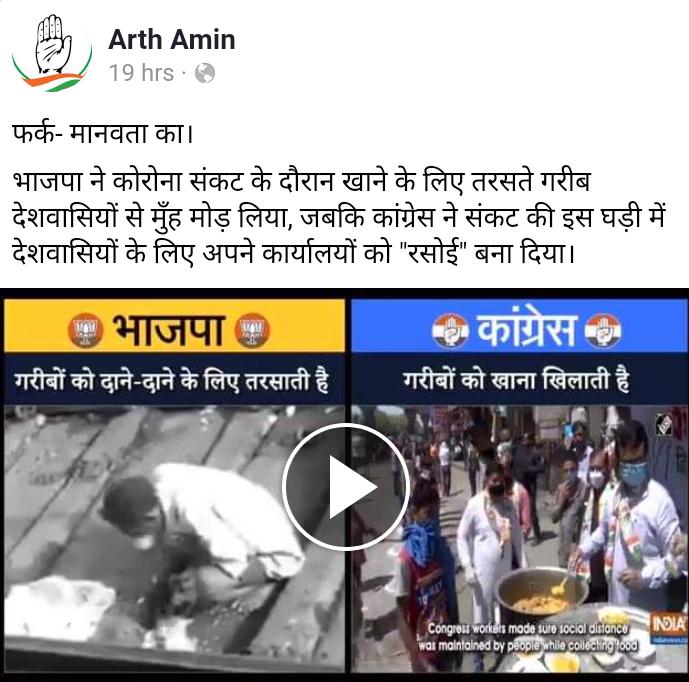 In our investigation, we found that the first clip used in the video is old and not related to the lockdown. The video has been available on the internet since August last year.

After doing the reverse image search of keyframes, we found the video on YouTube published by Sasmiranjan Nayak on 16th Jan 2016. There is no description in the video. So, it is difficult to tell where the video is from and when it was recorded, but it is at least 4 years old and has nothing to do with the ongoing lockdown in India.

In the second part of the video, the Congress workers can be seen distributing food to the needy people in Delhi. The clip was uploaded by news agency ANI on its YouTube channel on 31 March 2020.  As per the details accompanying the video, "Congress workers started a kitchen to feed needy in Delhi amid coronavirus outbreak. All necessary precautions were taken by the workers during the food distribution process. Congress workers made sure social distance was maintained among people while collecting food. The weaker section of society is facing major hardships during nationwide lockdown".

In conclusion, the viral video of a man eating leftovers thrown on a railway track is an old video and has nothing to do with the lockdown.