A picture of a pink-colored bag is going viral on social media with a claim that the Telangana government is distributing Ramazan gift to Muslims amid the Coronavirus lockdown. The message on the bag reads, "Eid Mubarak, Ramazan Gift, Government of Telangana".

Editor-in-Chief of Sudarshan News channel Suresh Chavhanke tweeted the picture with a message "The Telangana government is giving special kits of Ramazan to Muslims for free. On the Hindu festivals Ramnavami, Hanuman Jayanti, Ugadi, people were not even allowed to step out of homes” ( Translated from Hindi). 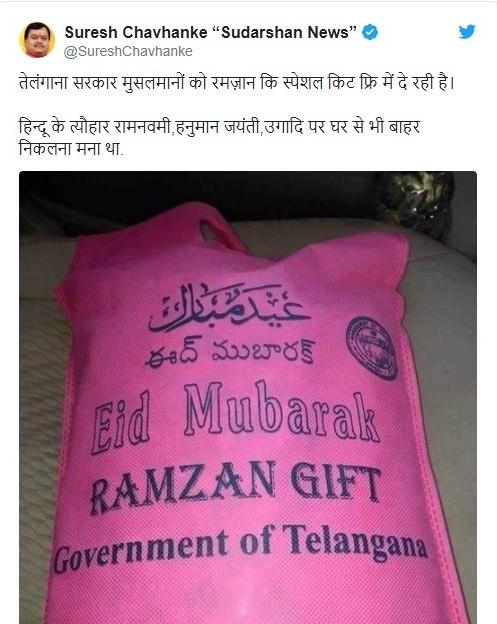 The same picture is also widely shared on Facebook. A user Manoj Nigam Unai Sahu shared the picture with the same claim. 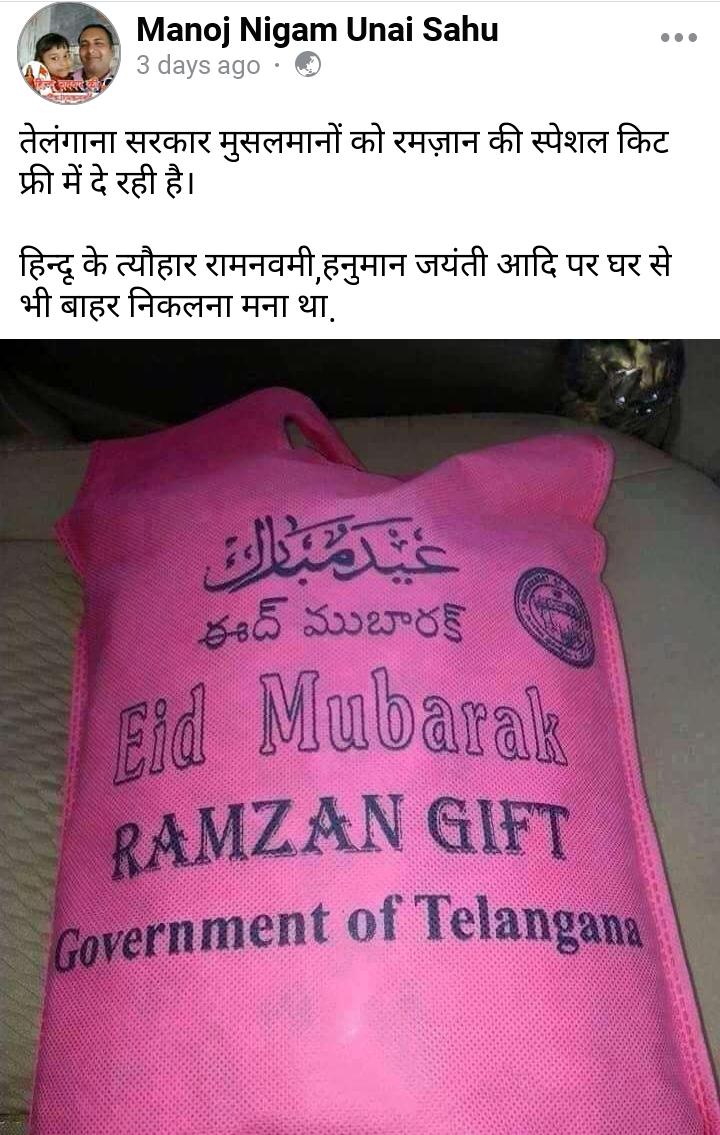 In our investigation, we found that the viral claim along with the photo is false. The picture is at least 5 years old.

After doing the reverse image search, we found an article published in July 2015 in which the same picture is used. According to the article, this gift pack was given by the Telangana government to Muslims on the occasion of Ramazan.

We also found an article published by Sakshi Post on April 19, 2018.  As per the article, the Telangana government has announced that it will distribute over four lakh gift packets with clothes for Muslim families in 800 mosques across the state as a Ramzan present. It also said that the distribution process will be initiated by May 20. 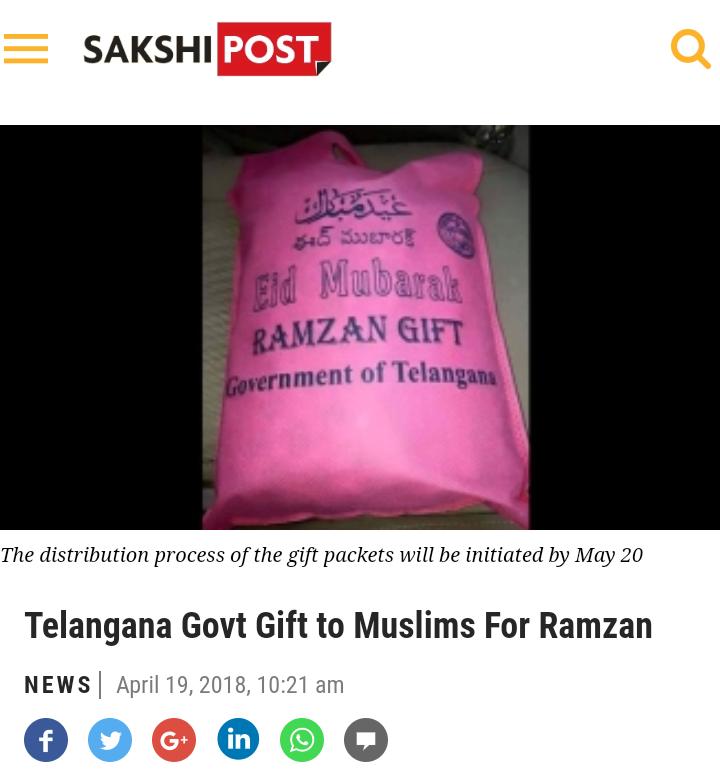 No Ramazan gift this year

Recently, while addressing the media on May 5, Chief Minister of Telangana Chandrasekhar Rao has clarified that the state government will not be distributing Ramzan gift this year because of the Covid-19 pandemic, as it is prone to gathering crowds.

According to some media reports, the Telangana Government also distributes gifts on other festivals like Christmas and Bathukamma, a folk festival of the state.