Fact Check: An old image from Bangladesh shared on social media to portray RSS as a terrorist organisation

The viral image is at least seven years old from Bangladesh Chatra League. The picture has nothing to with RSS and India.

A picture is widely shared of social media in which some people are seen holding swords and axes in their hands. A section of social media users is sharing this picture to call RSS a terrorist organization.

A twitter user name @Ibn-e-Talal shared the picture claiming that "It's fascist India. Extremist Hindus equipped with lethal weapons are roaming around the streets and looking for minorities to thrash and kill....!" 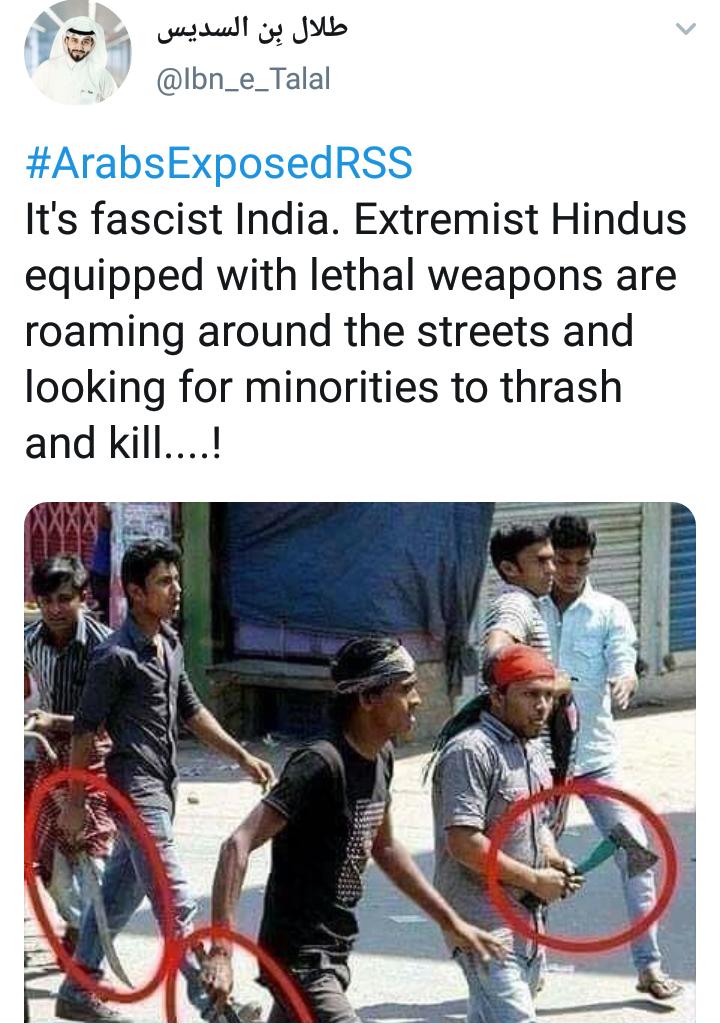 The viral post received 221 likes and 112 retweets at the time of writing this article.

The same picture is also getting viral on Facebook. A user Thajudeen J shared the picture using some Hashtags like #Show-the-World  #RSS #The-Real-Terrorists-in-India. 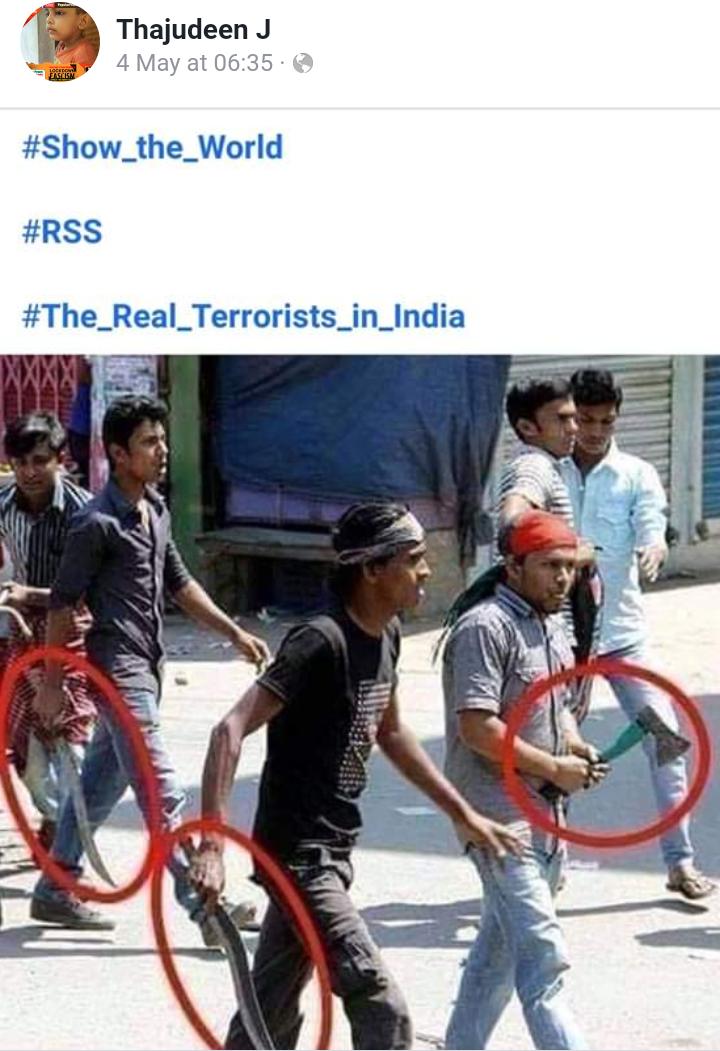 The viral post received 33,000 shares and 458 likes at the time of writing this article.

In our investigation, we found that the viral picture is at least 7 years old from Bangladesh. The picture has nothing to do with RSS and India

After doing the reverse image search, we found a blog post from 2013 with a headline ‘How was the 5 years of development of Chatra League – tell me by looking at the pictures.’ ( Translated from Bengali ) . According to the blog, the picture is from Bangladesh’s Chatra League. The picture in the blog has a watermark of ‘www.SylhetTimes24.com’. Sylhet is a city in Bangladesh 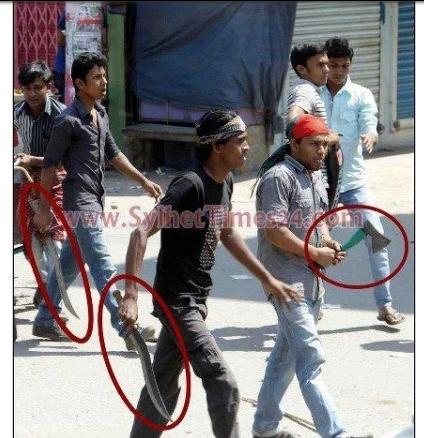 The same picture is also seen on the website called ‘Facts of Bangladesh’ which was published on March 5, 2013. The website also mentions that the picture is from Bangladesh Chatra League. 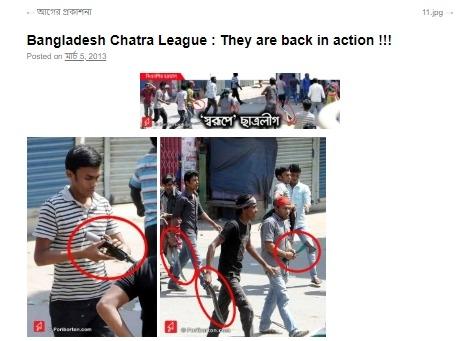 In conclusion, an old picture from Bangladesh Chatra League is being shared on social media to portray RSS as a terrorist organization. The image has nothing to with RSS and India.

Propaganda against RSS is not new. Earlier, a section of social media users had falsely claimed that RSS is selling water for high prices in railway stations. However, they are actually actually distributing drinking water for free. You can read our article here:

Fact Check: No, RSS workers are not selling drinking water at railway stations

Work of RSS during the lockdown

RSS has been doing similar work in other places as well to help immigrants. They are helping needy people across the country. Immediately after the lockdown was announced in March,  RSS had set up a kitchen service at Delhi’s Krishna Nagar to distribute food at Anand Vihar Bus Terminal. The RSS workers are also going to provide a kit of food items to the needy people. In Ahmedabad as well, RSS workers were seen distributing food to the poor people.

According to a report by News 18, Rashtriya Swayamsevak Sangh workers in Rajasthan said they have provided essential services including masks, food kits to over 1.5 lakh families in the state since March 15 amid the lockdown.

According to RSS sahakaryawah Suresh (Bhaiyyaji) Joshi, over one lakh Sangh volunteers are working in about 10,000 villages across the country providing food and other essential items to the needy. They’re also facilitating medical aid to villagers by helping them reach doctors.