Fact Check: Viral images of goods growing fungus in a store during lockdown are from Malaysia 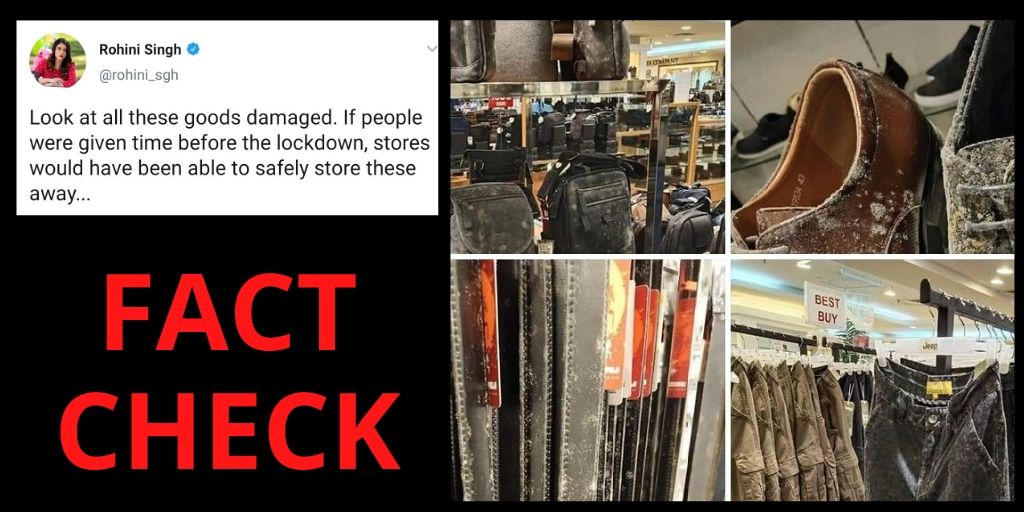 Viral images of goods growing fungus in a store in Mall during lockdown are from Malaysia, not from India.

On May 12, a Twitter user named Praveen Mishra shared some images saying, "All central ac system shut It’s caused the mould on on leather goods .... but you at least see these Imagine when malls open the fungus in the ducts will fly free in closed atmosphere of malls..... entering our respiratory system.. leading to major infections." 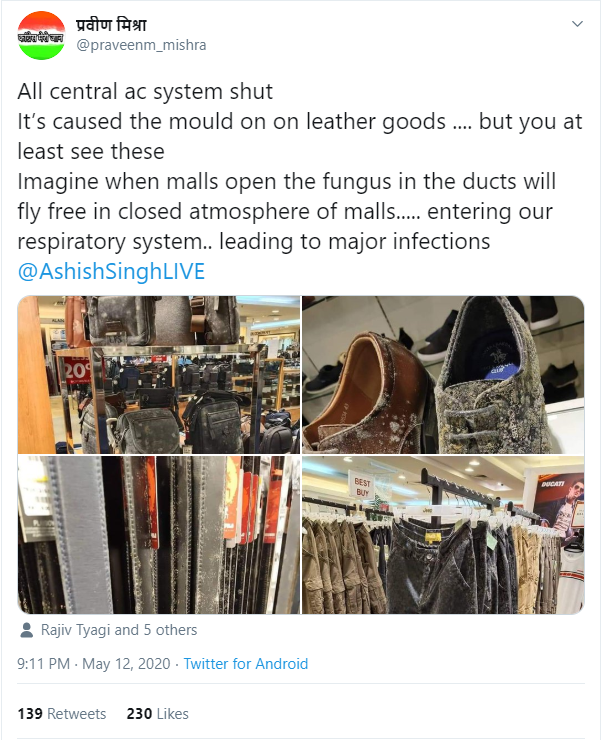 This tweet was reshared by an ABP journalist Ashish K Singh with a caption, "Oh God! let's better be aware." 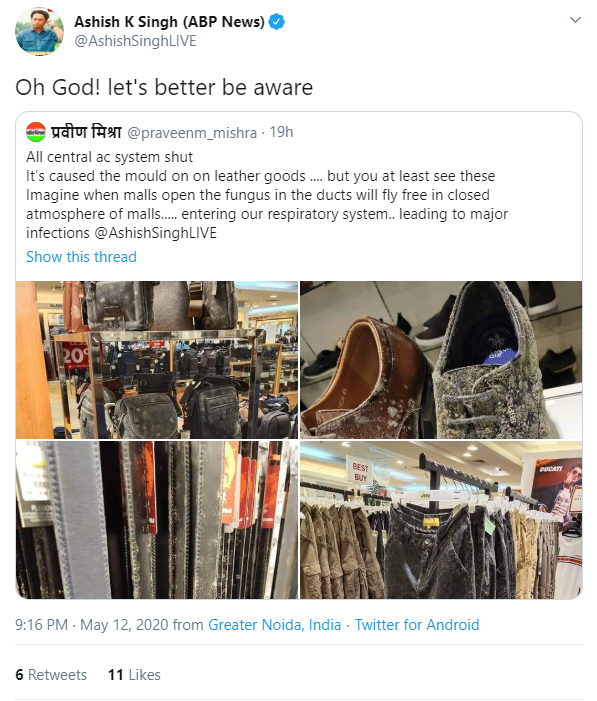 The Wire journalist, Rohini Singh also shared the tweet saying that if people were given enough time before the lockdown, stores would have been able to safely store these away. 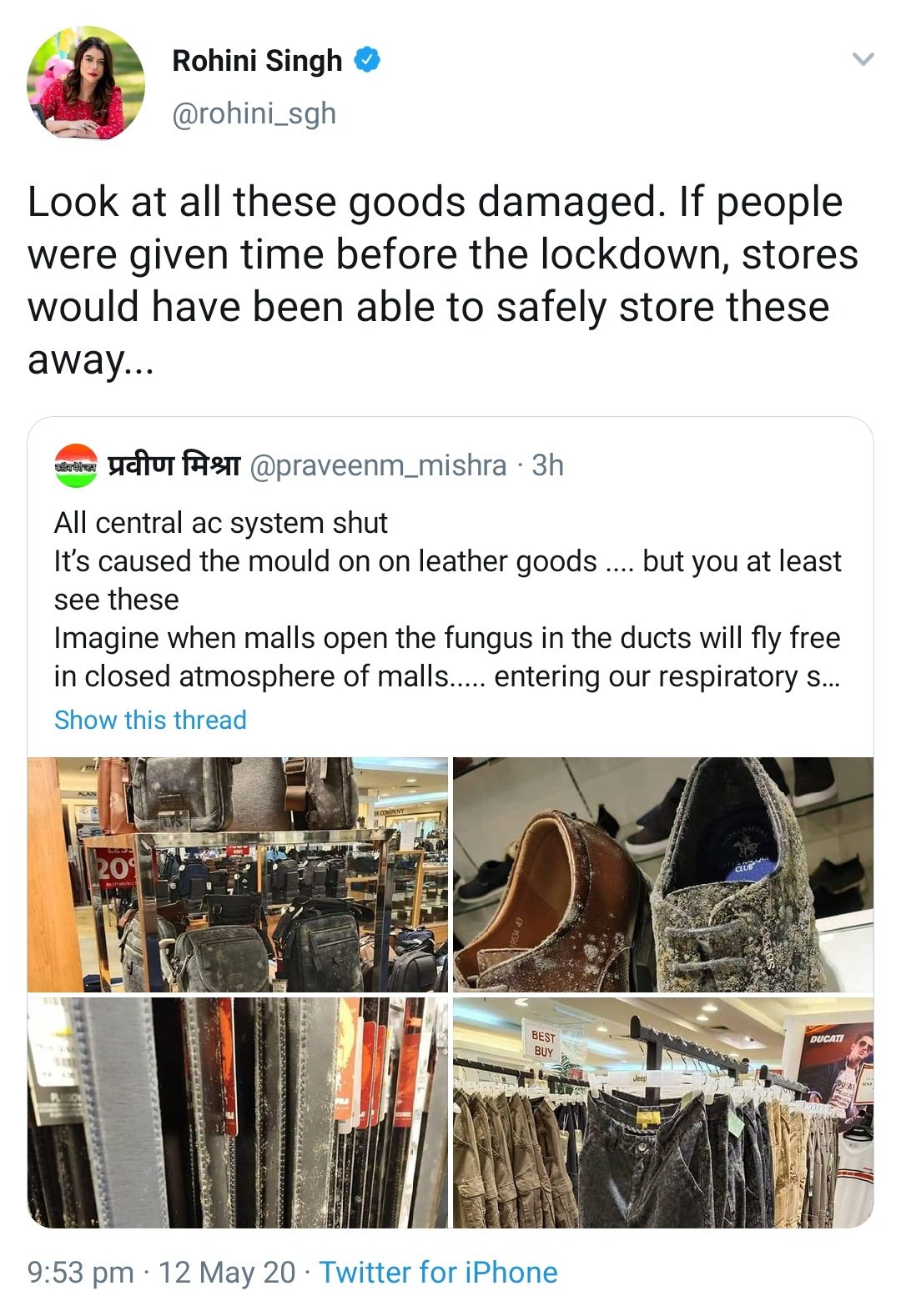 In our investigation, we found that these images are not from India but from Malaysia. As the businesses are reopening in Malaysia, it has been found that the leather products have been ruined by mold after being left untouched in the stores.

Strait Times reported, "As businesses in Malaysia reopen after over 50 days of closure due to the coronavirus pandemic, some traders are saddled with extra work as spots of mold have appeared on merchandise."

These images were originally shared by a Malaysian store owner on Facebook saying that all goods in his store have been ruined. This post has been shared more than 47000 times till now. 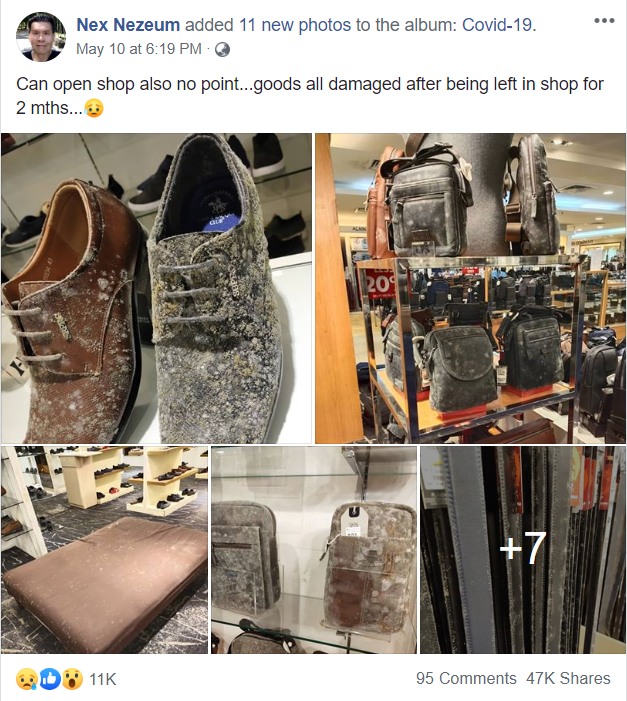 In conclusion, viral images of goods growing molds in a store in Mall during lockdown are from Malaysia, not from India.