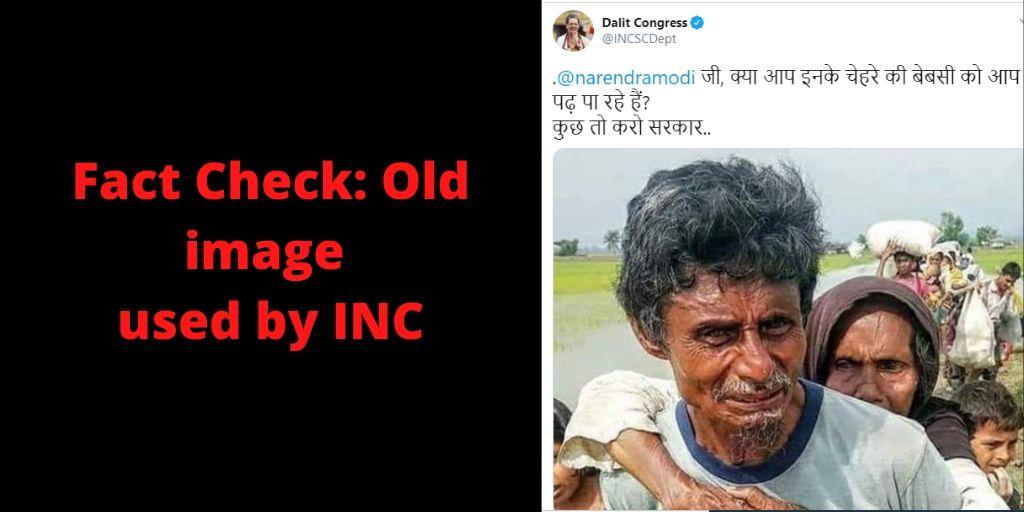 The viral image is an old pic from Bangladesh and has nothing to do with migrants returning to their home town on foot during nationwide lockdown due to coronavirus outbreak.

A few days ago, the Twitter account of Congress’ department for Dalits tweeted out of a picture of an old man carrying an old woman which gives off an aura of suffering faced by poor people. This picture was tweeted along with a caption that condemns the government and asks the government to do something for their suffering. 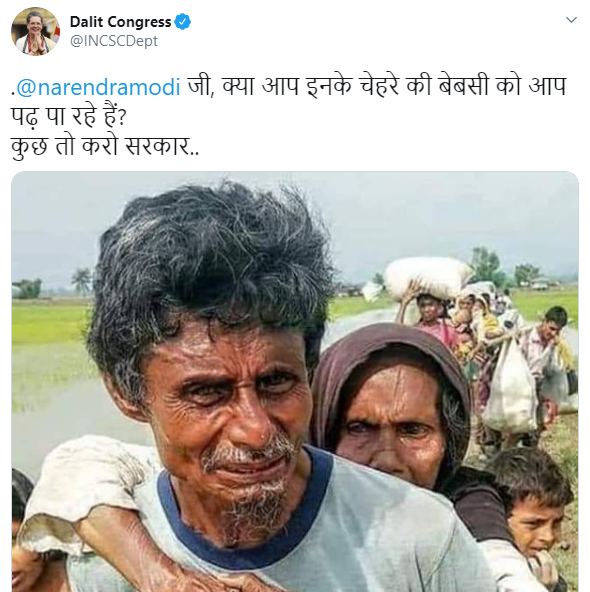 Another Twitter user Srivatsa associated with Congress IT Cell tweeted the same picture along with the group two other pictures. 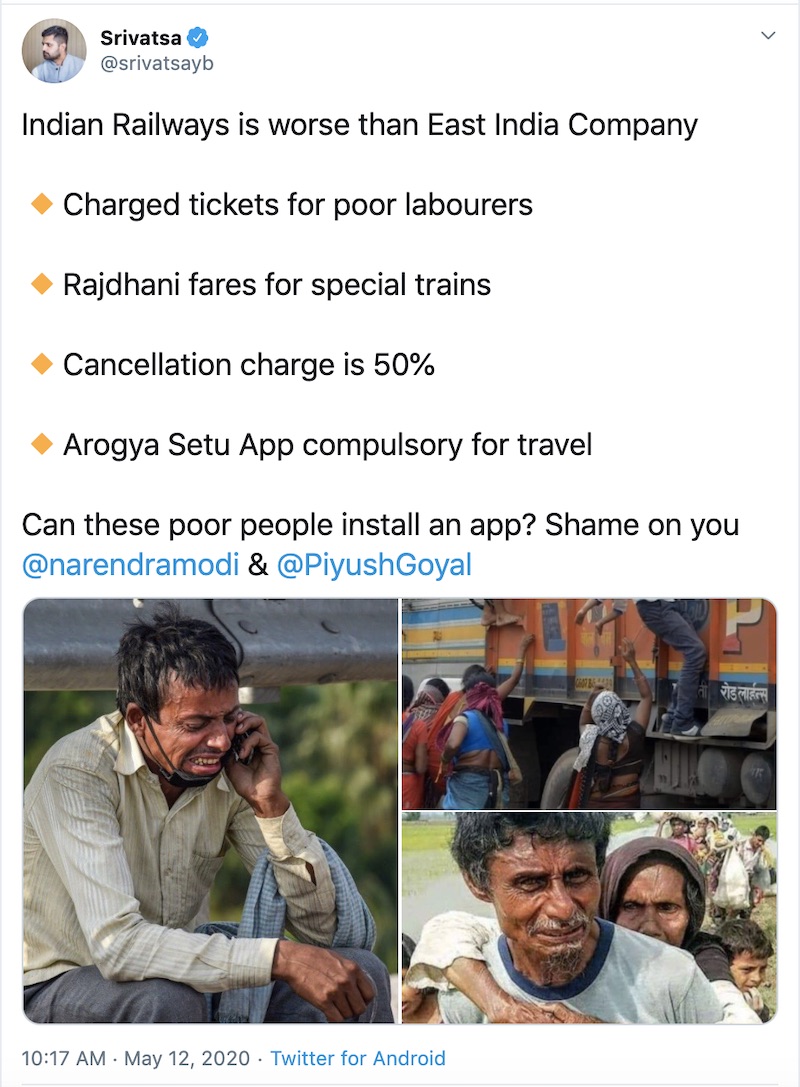 The picture is being widely circulated on Facebook as well.

This picture is not only misleading but also very outdated. On doing a reverse image search we found an article from 2017 that had used this image. The title of the article read, ‘Rohingya Refugees at Cox’s Bazar, Bangladesh’. The article illustrates the poor living conditions of Rohingyas in Bangladesh. 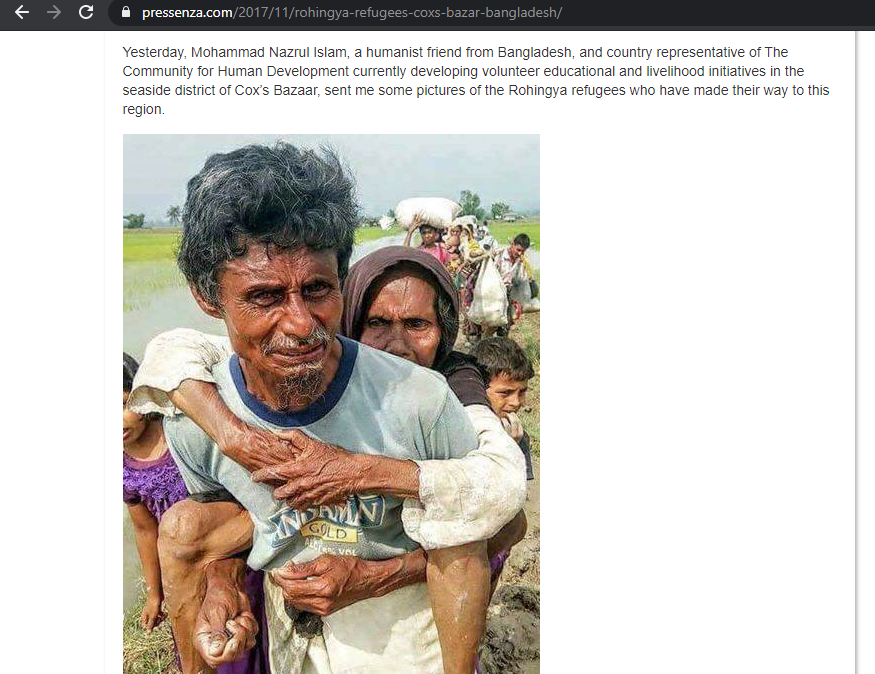 In conclusion, the viral image is an old pic from Bangladesh and has nothing to do with migrants returning to their home town on foot during nationwide lockdown due to coronavirus outbreak.

Even though this picture is not from India, the plight of migrant laborers is no different. Tens of thousands of people have been walking home from big cities and industrial hot spots after being laid off because of the lockdown in force since late March.

A migrant woman worker from Chhattisgarh was walking with her husband and some other migrant workers along National Highway 44 to reach her home state delivered a baby by the roadside in Telangana's Medak district.

Last week, sixteen people were killed when they were run over by a freight train near Maharashtra’s Aurangabad as they slept on train tracks after a long journey on foot in a desperate attempt to find transport to go back to their home towns hundreds of kilometers away in Madhya Pradesh.