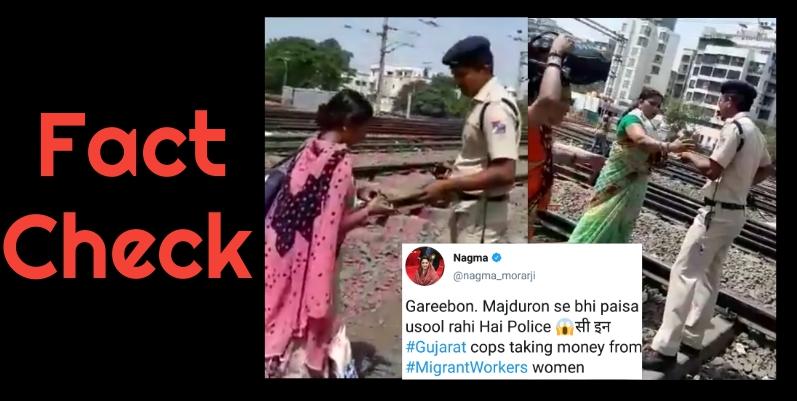 A video is going viral on social media in which a policeman is seen taking money from a woman. It is claimed that the Railway Police in Gujarat is charging money to poor laborers to let them walk on the railway track. 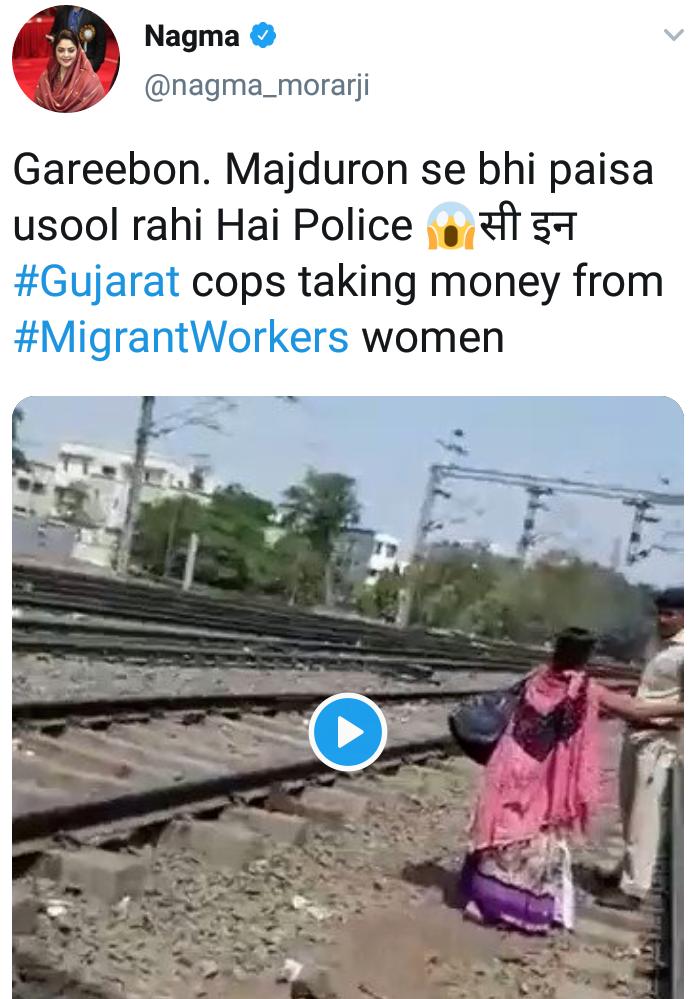 A Facebook user name Sujata Paul- India First  also shared the video with a caption "In Gujarat Model, police is charging money from the workers walking on the railway tracks." 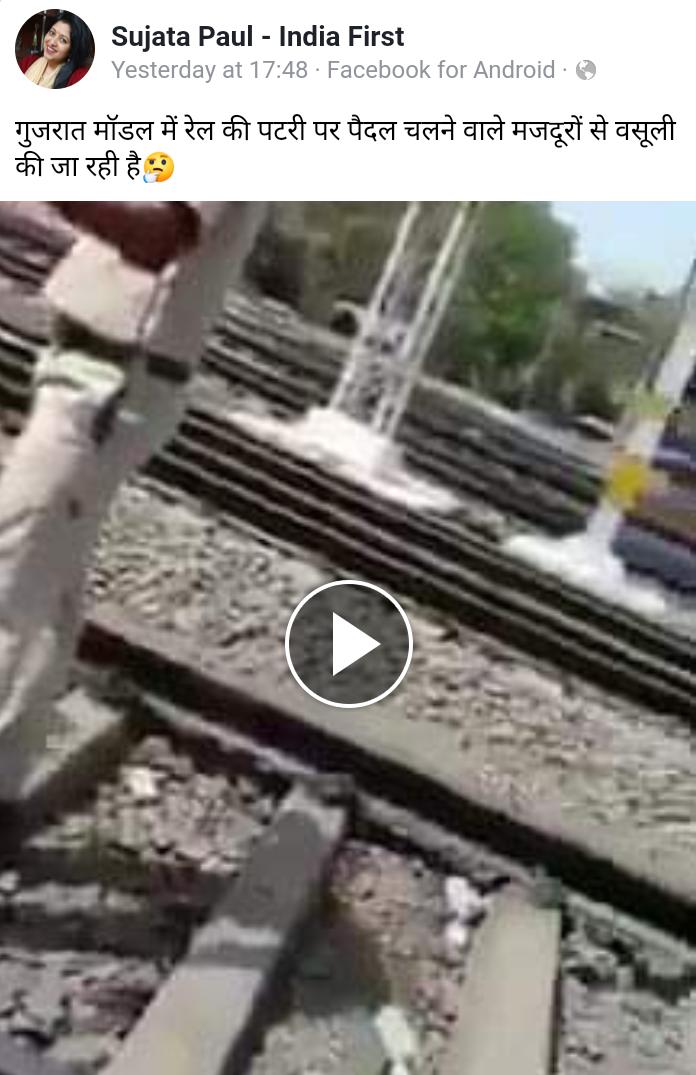 In our investigation, we found that the viral video is one year old from July 2019. The video is not related to the problem faced by migrants during the current situation of ongoing lockdown.

The video was tweeted by DeshGujarat on July 13, 2019 with a caption, 'RPF jawans in Surat dismissed from service after his video taking bribe from bootlegger women goes viral'. The link of the news article of 'DeshGujarat' was also shared in the tweet. According to the article, the Railway Police Force (RPF) jawan whose video taking bribe from liquor trafficker women on a railway track went viral was sacked from the service. 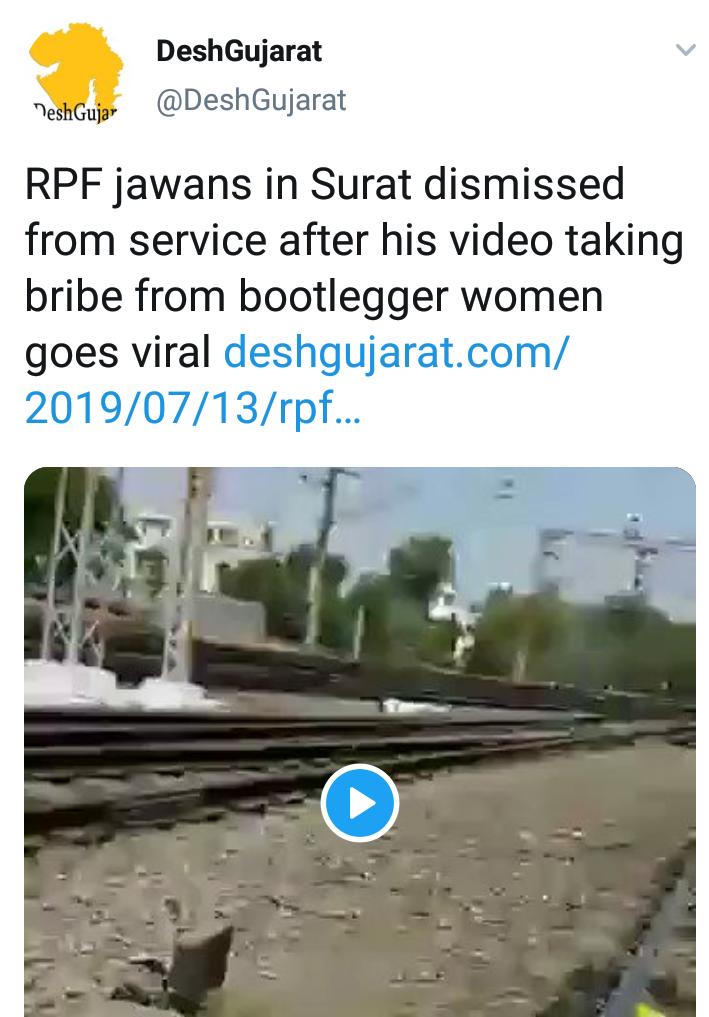 We also found a video on YouTube uploaded by TV9 Gujarati on 12 July 2019. The Caption of the video reads "Video of RPF jawan accepting money from women supplying liquor in Surat goes viral".

Even though the video is old, there are several reports of police taking bribes during the lockdown. According to reports, two Hyderabad constables were suspended for taking bribe during COVID-19 lockdown.

In Bihar as well two policemen were suspended and sent to jail for issuing a transit ‘permit’ after extracting Rs 500 from commuters who violated the lockdown rules.