Fact Check: No, RSS workers are not selling drinking water at railway stations 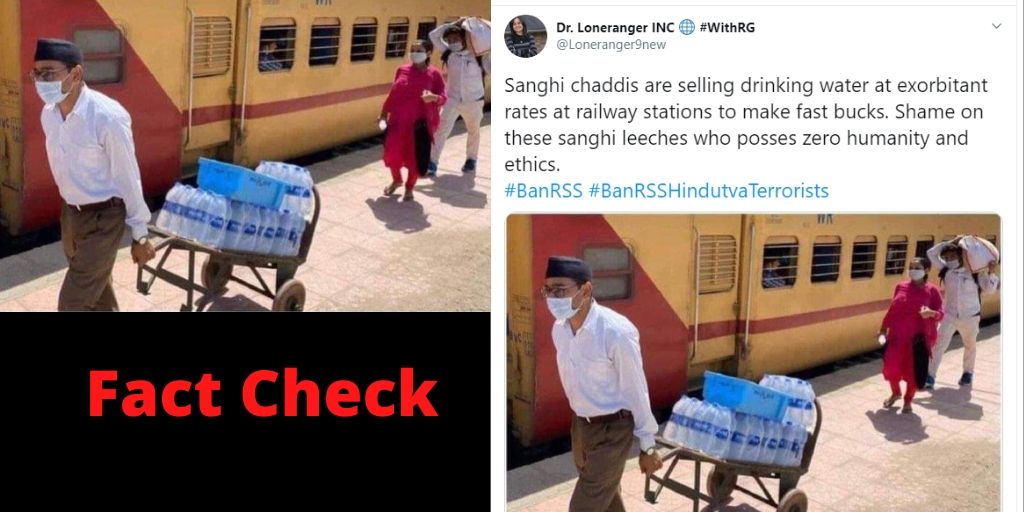 The claim that RSS is selling water for high prices in railway stations is absolutely false. They are actually distributing drinking water for free.

The Twitter user accuses RSS of selling water at railways stations at higher prices to get money and even accuses them of having no humanity. Moreover, the user has also added hashtags that indicate RSS as terrorists and to ban them.

The Twitter user who is a Congress supporter according to her profile wrote, "Sanghi chaddis are selling drinking water at exorbitant rates at railway stations to make fast bucks. Shame on these sanghi leeches who posses zero humanity and ethics. #BanRSS #BanRSSHindutvaTerrorists". 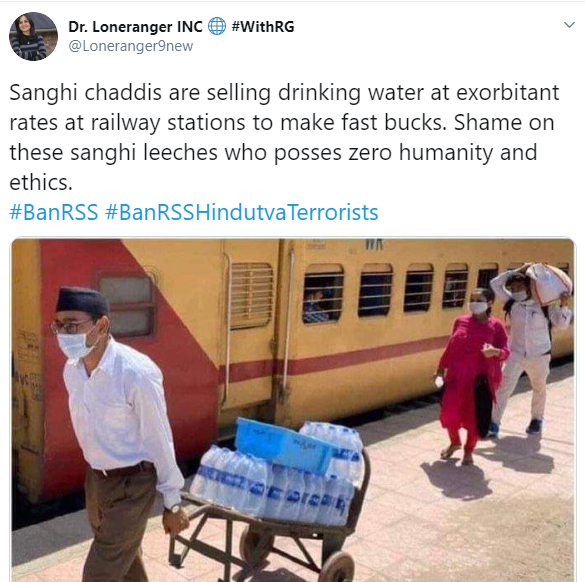 The information shared in her tweet is absolutely false and misleading. This was immediately fact-checked by one of RSS’ Twitter handles managed by Swayamsevaks, which confirmed that the workers were distributing water and not selling them. 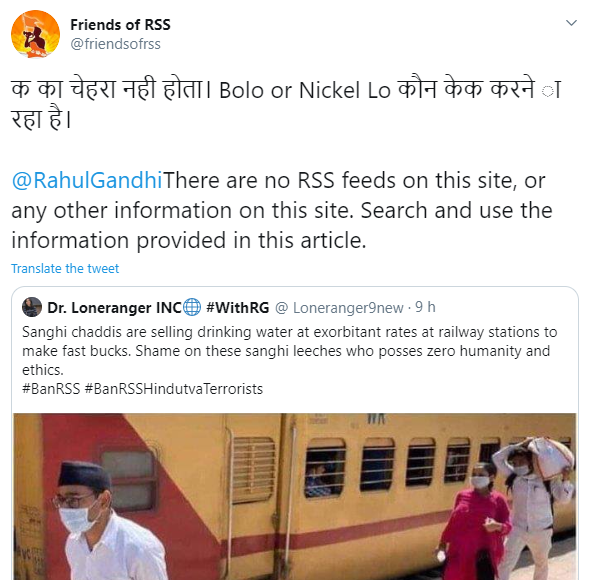 Work of RSS during the lockdown

RSS has been doing similar work in other places as well to help immigrants. They are helping needy people across the country. Immediately after the lockdown was announced in March,  RSS had set up a kitchen service at Delhi’s Krishna Nagar to distribute food at Anand Vihar Bus Terminal. The RSS workers are also going to provide a kit of food items to the needy people. In Ahmedabad as well, RSS workers were seen distributing food to the poor people.

According to a report by News 18, Rashtriya Swayamsevak Sangh workers in Rajasthan said they have provided essential services including masks, food kits to over 1.5 lakh families in the state since March 15 amid the lockdown.

According to RSS sahakaryawah Suresh (Bhaiyyaji) Joshi, over one lakh Sangh volunteers are working in about 10,000 villages across the country providing food and other essential items to the needy. They’re also facilitating medical aid to villagers by helping them reach doctors. 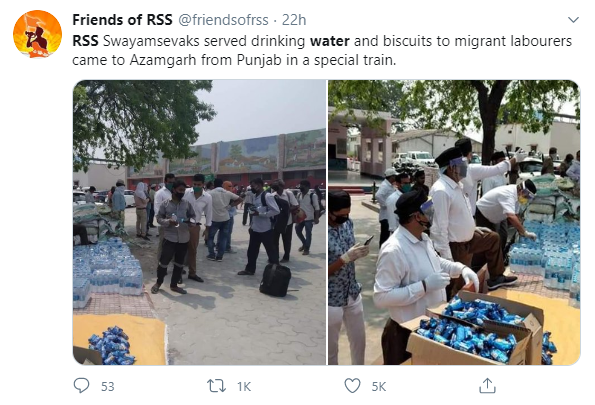 In conclusion, the Twitter user claiming that RSS is selling water for high prices in railway stations is absolutely false. Another Twitter user has tweeted out that they have filed a complaint against the user spreading fake news and intention to breach public peace. 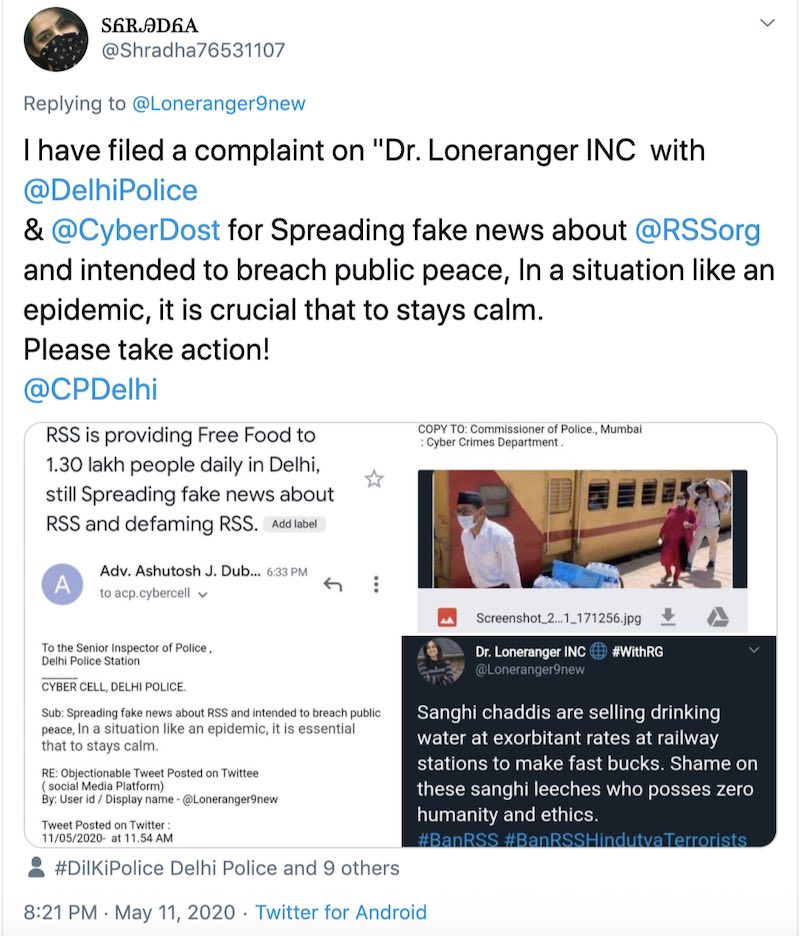 Although warnings of strict action against people spreading fake news on social media have been issued, many users still spread propaganda through fake news.