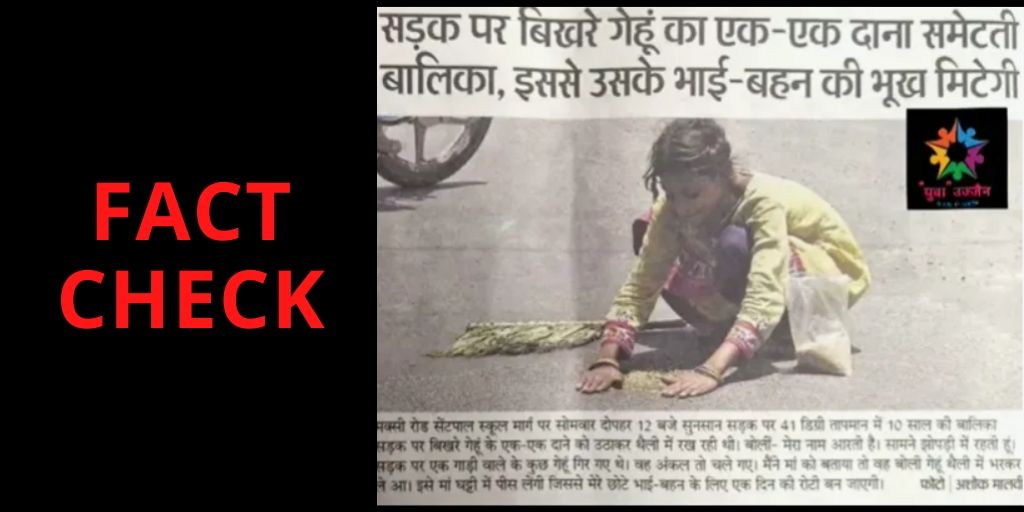 An NGO named Yuva Ujjain accused Hindi news daily of publishing a made-up story and asking a 10-year-old girl to collect grains from the middle of the road for a photo-op and also attributing incorrect information to it.

Amid the nationwide lockdown in the country, on May 5, a reputed Hindi news daily, Dainik Bhaskar published a report along with a picture of a 10-year-old girl named Aarti who was collecting grains from the road in 42 degrees temperature, claiming when a cart full of the wheat grains was passing through the road, a small number of grains slipped from the cart and scattered on the road. When Aarti informed her mother about the same, she asked her to quickly collect the grains in a packet which she would then grind and make chapattis for Aarti’s siblings. (Translated from English) 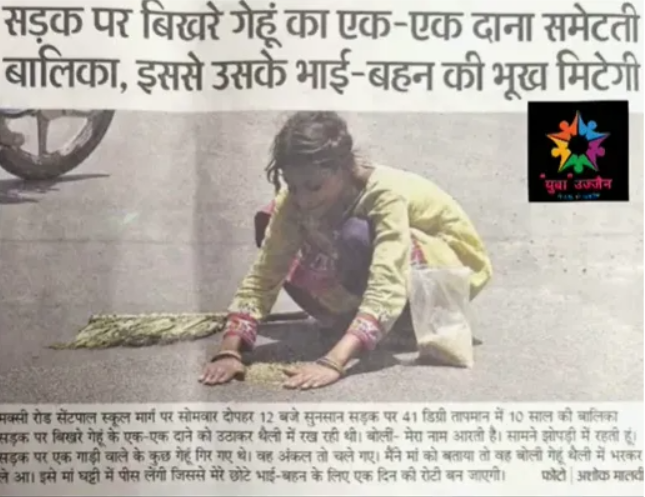 An NGO named YUVA Ujjain approached the family and recorded Aarti and her mother’s statements. Based on their statements the NGO has alleged that the photographer had deliberately scattered the grains and asked the girl to pose for his camera. It said that the Aarti's mother clarified she hasn't asked her daughter to go out on the road in the middle of the afternoon to collect the scattered grains.

The NGO has attacked the Dainik Bhasker for misleading people by not only making a 10-year-old girl pick up grains from the road for a photo-op but also attributing incorrect information to it.

In the video recorded by the NGO, Aarti's mother told that the photographer purposely scattered the grains on the road and asked Aarti to pick it up in order to capture a picture. Aarti also confirmed that she picked up the grains and fed it to her goats, unlike what the report claimed.

The NGO criticised the publication saying that such behaviour does not is expected from a robust publication like Dainik Bhaskar and said that instead of collecting millions of rupees as donations by depicting the sorrowful state the country with heartbreaking pictures like these, a flourishing media house like Dainik Bhaskar should have instead come forward and helped Aarti’s family.

The NGO also helped Aarti's family by donation ration and also announced that they would be taking care of Aarti’s family. They also said that Dainik Bhaskar had not only showed them in a bad light but discredited all other organizations which were working relentlessly in Ujjain to make sure that no one sleeps hungry amidst the coronavirus pandemic.