Fact Check: A viral Facebook post falsely presents 'lock down' as the reason of suicide in Gujarat 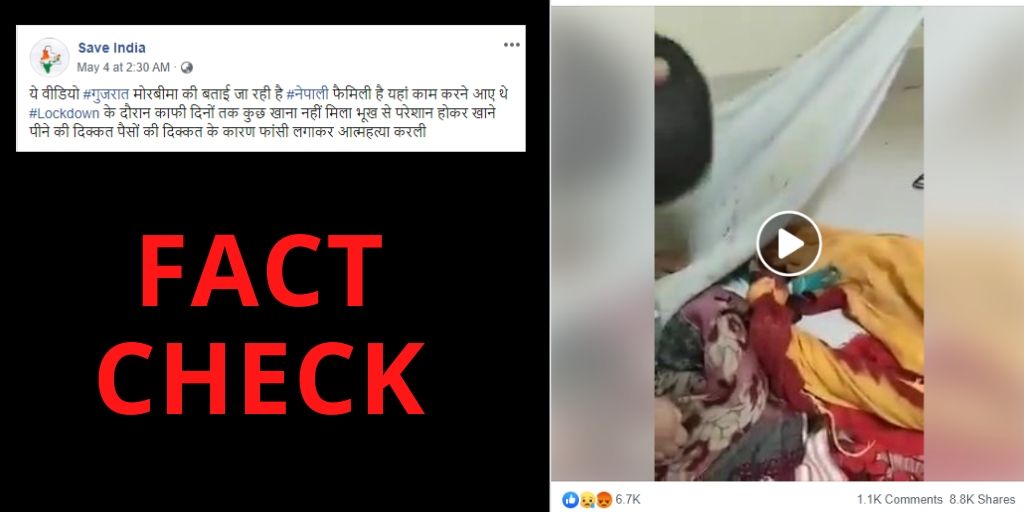 Preliminary investigation revealed that a 25-year-old mother had committed suicide after killing her two daughters in a fit of rage after suspecting her husband, Vishnu, of having an extra-marital affair. The claim with the video that suicide was committed due to lack of money and food during the lockdown is false.

Amid the nationwide lockdown in the country, a disturbing video became viral on Facebook claiming that due to lack of money and food during the lockdown, three members of a family in Gujarat committed suicide. The video was shared a Facebook page named 'Save India' with a caption, "This video is from Gujarat Morbima. A Nepali family has come here to work. During the lockdown, they did not get any food for a long time and because of money problems and hunger committed suicide. " 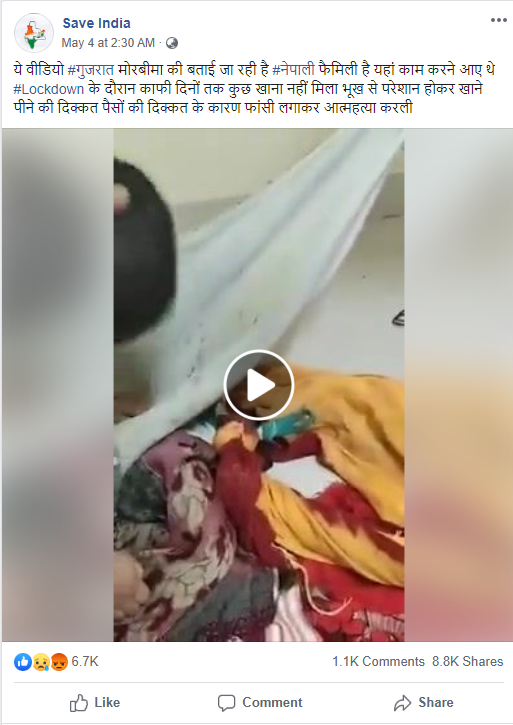 At the time of writing this article, this video was shared almost 9000 times and had 254000 views.

In the video, one can hear a man crying miserably seeing dead bodies of a woman, child, and infant hanging.

You can watch the video down below. (Video has some disturbing visuals, viewers discretion is required)

In our investigation, we found that the video is from Morbi, Gujarat. News 18 Gujarati reported the incident on May 2. According to the report, a gym trainer named Vishnu along with her family came to Morbi five months ago and was living in a rented house in Ravipark Society on Vavdi Road. the family came to live in Ravi Park on Wawadi Road in Morbi five months ago. On May 2, Vishnu's 25-year-old wife, Tulsi committed suicide after strangling her 5-year-old daughter and 9-months-old daughter. 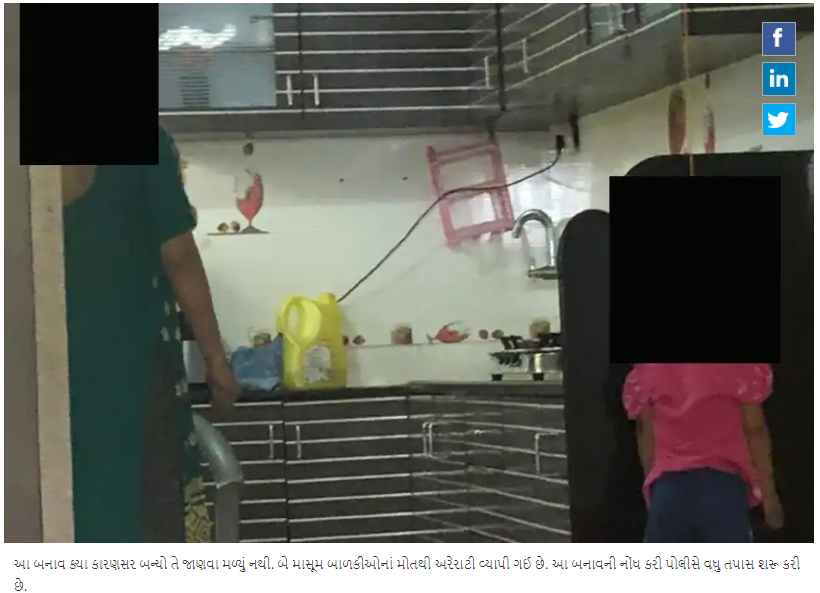 ABP Gujarati also reported the incident. As per both the reports, the cause of the incident is not known and the investigation is underway. There is no mention of any financial crisis or lack of food, which was said to be the reason for suicide in the viral post.

A Times of India report on the incident quoted R J Chaudhary, an inspector with Morbi A division police station saying “Preliminary investigation revealed that Tulsi had taken the drastic step in a fit of rage after suspecting her husband, Vishnu, of having an extra-marital affair.”

In conclusion, the viral video is from Morbi Gujarat where a 25-year-old mother committed suicide after killing her two daughters. The claim with the video that suicide was committed due to lack of money and food during the lockdown is false. According to media reports, the cause of the suicide is unknown and an investigation is underway.