Fact Check: Punya Prasun Bajpai shared an old picture from Pakistan to highlight the hardship of laborers in India

Thousands of migrant laborers had hit the roads on foot to reach their homes during the lockdown. However, the picture shared by Punya Prasun Bajpai is from Pakistan and from 2018. The picture has nothing to do with India. 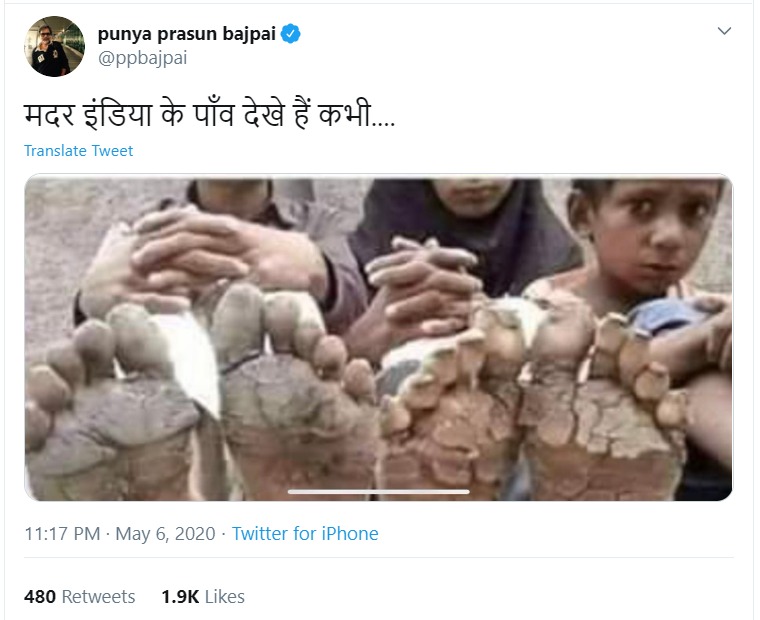 Congress spokesperson Americai V Narayanan had tweeted the same picture on 16th April with a caption, "Bringing in people who were on the plane because they are not handled properly people's feet are hard to beat. Not in the world !" ( Translated from Tamil ) 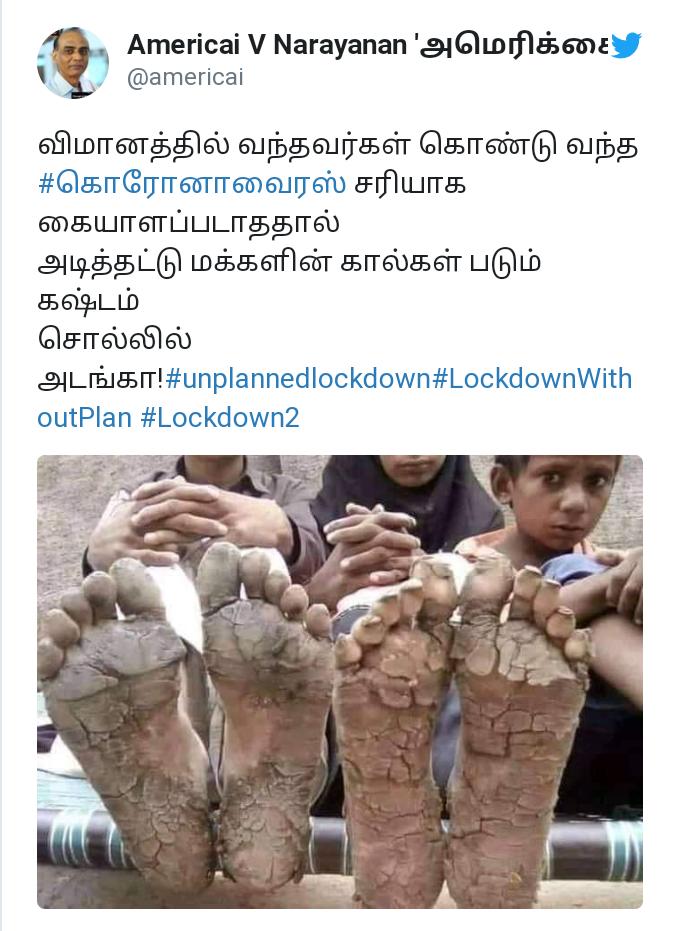 In our investigation, we found that the viral image shared is from Pakistan and is in the year 2018. The picture has nothing to do with India

After doing reverse image research of the image, we found the original picture on a website named London Post. The title of this article reads, 'Real Face of Pakistani Democracy – Children need sponsor for medical treatment'.  According to the article published on October 1, 2018, these children need medical treatment of their feet for which they need someone to sponsor. This poor man is living in Sujawal abab in Sind Province of Pakistan has two daughters and two sons who suffer from this disease.

The caption was written along with the photo, with 'children (Sajawalabad) in Sind province of Pakistan need help in treatment for their feet'. 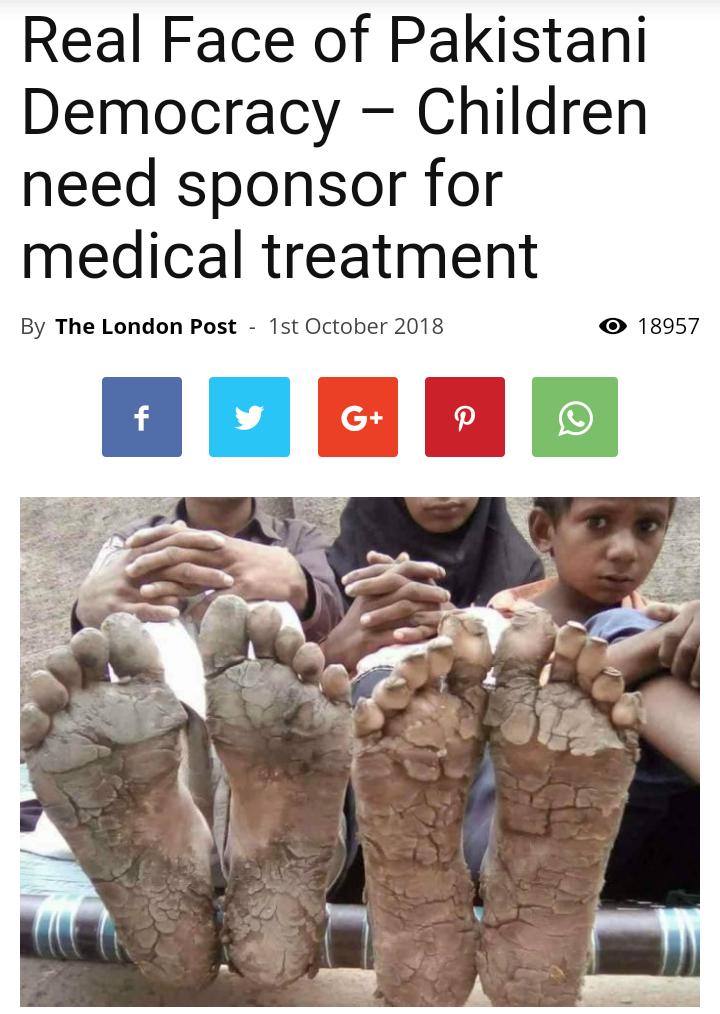 In conclusion, We found that the viral image shared by Punya Prasun Bajpai is from Pakistan and from 2018. The picture has nothing to do with India.

Hardships faced by laborers during the lockdown

When 21-days lockdown was announced in the wake of the COVID-19 outbreak in India, it left thousands of migrant laborers who work as daily wagers with no income, making their survival in a city a tall task. As a result, thousands of stranded migrants across India hit the roads on foot to reach their homes miles away.