Fact Check: An old image shared as suicide by a migrant family because of hunger during the ongoing lockdown 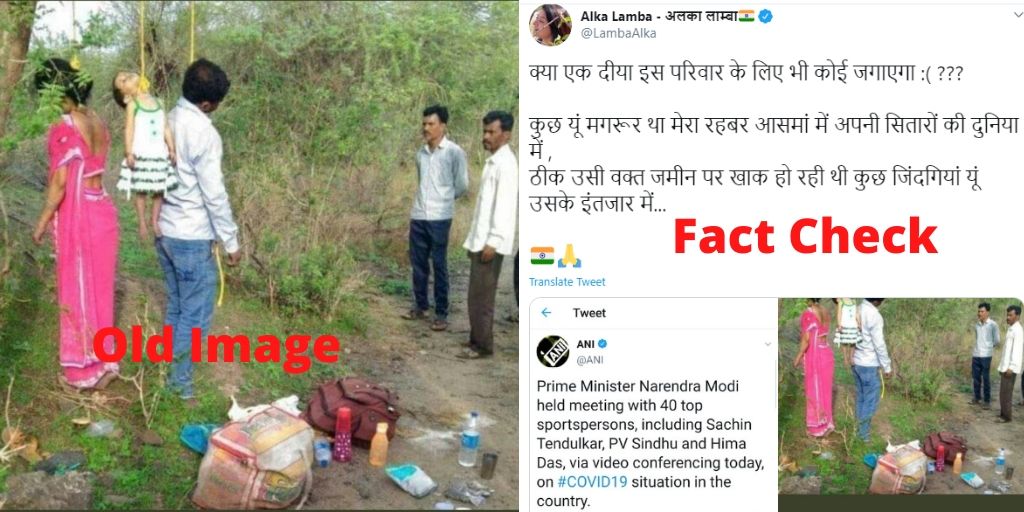 The claim that a family committed suicide due to hunger during migration from Surat because of the lockdown is not true as there are no authentic sources to confirm it and the viral picture is an old one.

Several netizens have been sharing a graphic image that shows a woman, man, and a small child hanging dead on a tree branch. They have been claiming that the family who walked from Surat opted to commit suicide due to the lack of food. 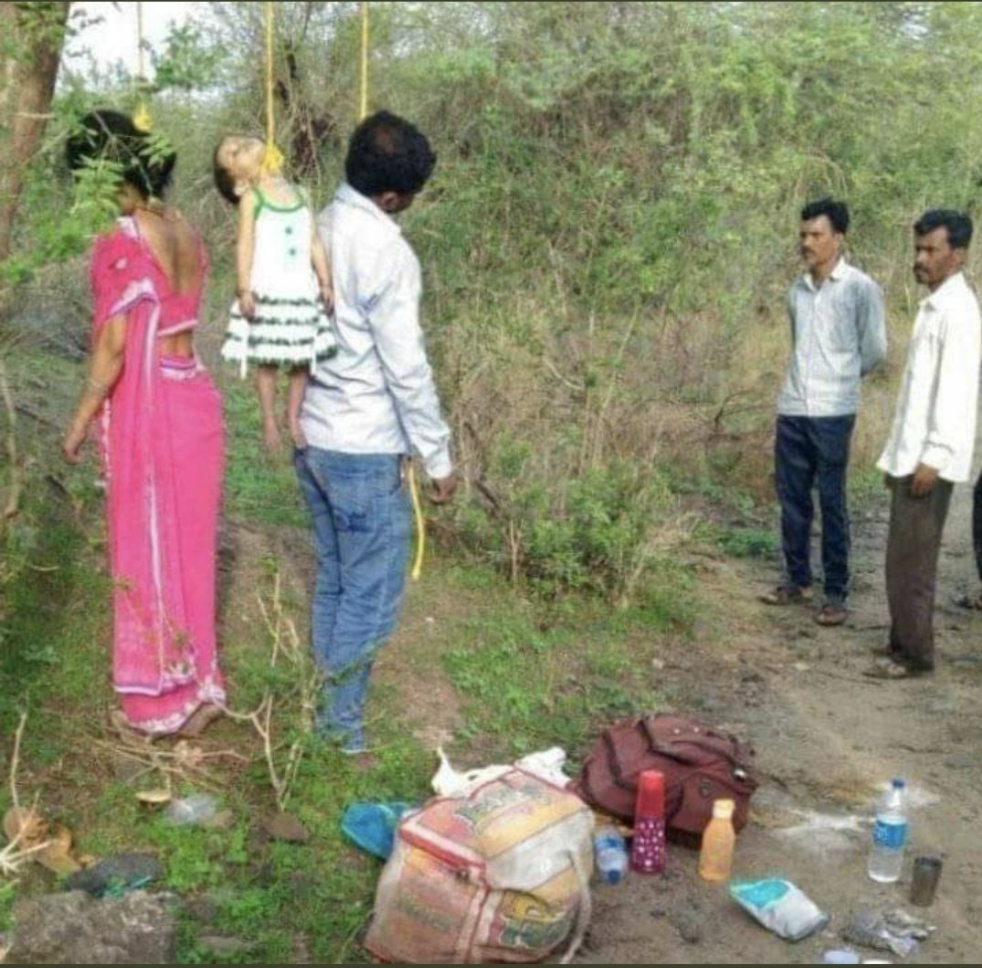 There are several Twitter users who claim that the family committed suicide due to hunger during the lockdown when they walked from Surat and criticised the Prime Minister for not being considerate towards such immigrants.

The picture was shared by Alka Lamba. 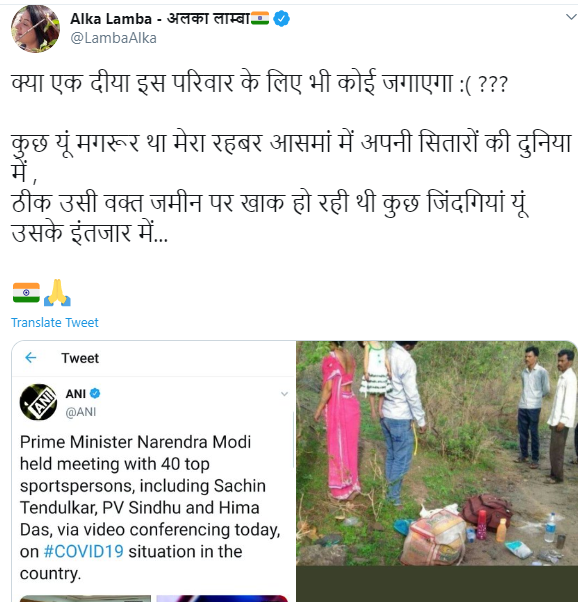 Another Twitter user shared the picture and wrote "While walking from Surat, they committed suicide due to hunger. Indian govt is responsible for this. People are donating to PM-care fund but are they doing anything. If they are helping poor then why people are helpless to commit suicide?" (Translated from Hindi). 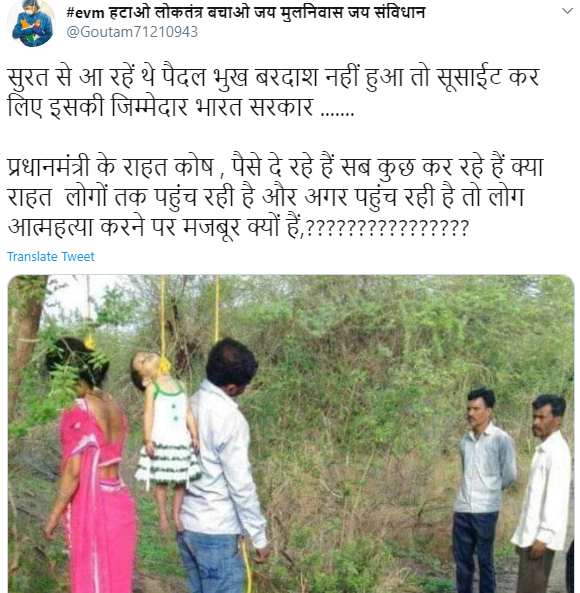 We did a reverse image search on Yandex and the search led us to a Youtube video posted more than a year ago. The same picture is used in the video which is in Bengali. The voice-over in the video explains that local people saw these bodies but the reason is unknown. 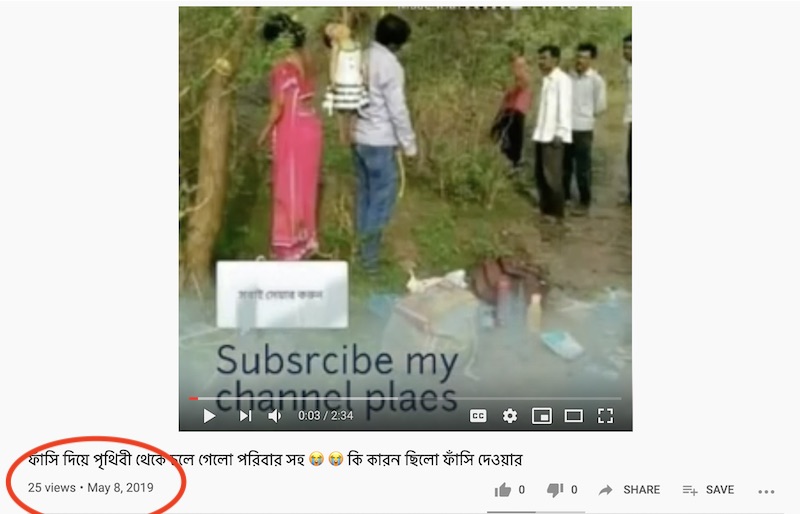 We tried to do a Google search with keywords such as ‘suicide’, ‘lockdown’, ‘Surat’, ‘Corona’, etc. but we could not find any news articles or other authentic sources which report on this incident, recent and old. The image has also not been used in any news article and has been only shared by netizens.

Thus, we couldn't locate the place where this incident happened. However, since the image has been used in a year old video, it can't be related to the ongoing lockdown announced by prime minister Narendra Modi.

In conclusion, the claim that a family committed suicide due to hunger during migration from Surat because of the lockdown is not true as there are no authentic sources to confirm it and the viral picture is an old one.