There have been many reports about superstitious people doing strange things to fight the coronavirus outbreak. The hashtag aims to document all such reports and separate facts from rumors. 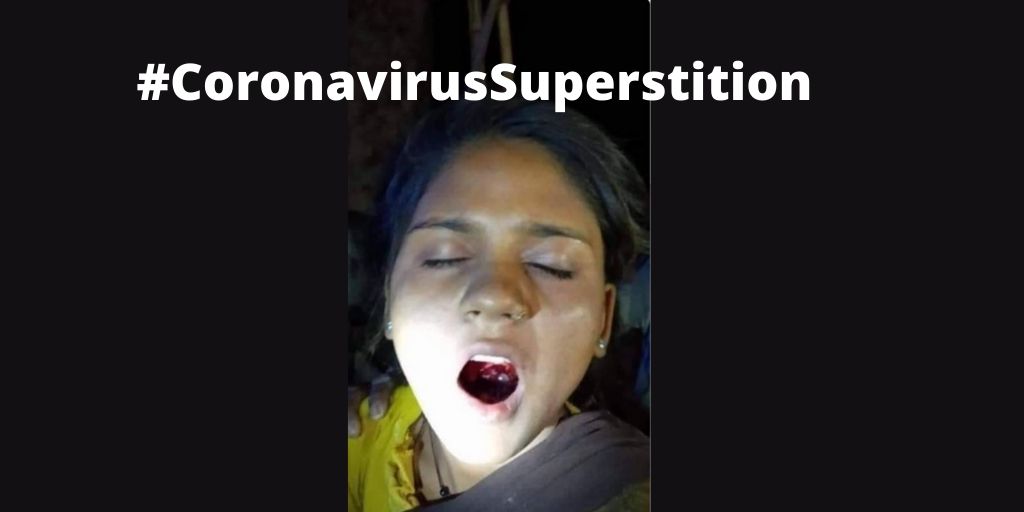 According to media reports, in Bhadaval village, Banda District of UP a girl cut off her tongue to offer at a Shiva temple in her village. Her father has reported that she had gone to worship at the temple alone and when she did not return, people later found her in an unconscious and blood-soaked state at the temple. Later, she was admitted in the hospital and she has then recovered and has returned home. It has been reported by her father that she had vowed to severe her tongue and offer it at the temple to save her village from Coronavirus and the same has been claimed by the Village head as well. 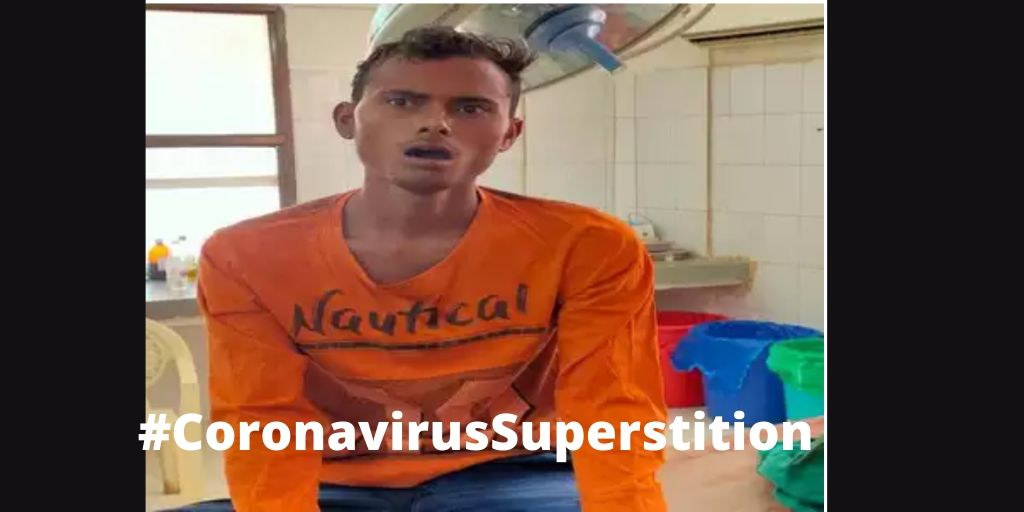 According to a report by Time of India, a 24-year-old migrant from Madhya Pradesh chopped off his tongue, reportedly as a sacrifice to please a deity to halt the spread of novel coronavirus in the country. The incident happened in Nadeshwari of Banaskantha district’s Suigam taluka. The village is located about 18 km from the Indo-Pak border.

Women in Asansol, West Bengal were seen worshiping Corona considering it as a Goddess 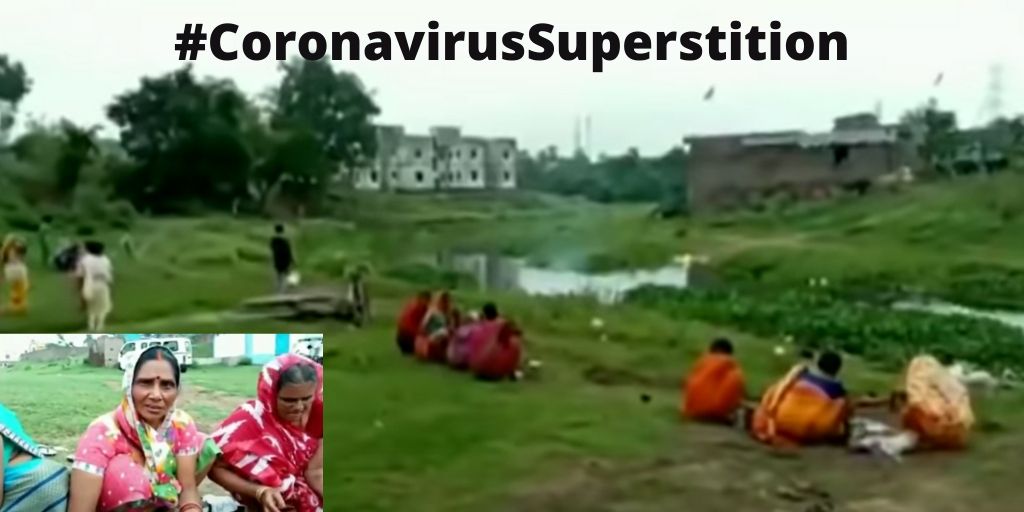 Fact Check: Did Brahmins in UP chop off a girl’s tongue to offer in the temple?

The viral claim is false that In UP's Bundelkhand, Brahmins cut the tongue of an 8-year-old girl and offered it to Lord Shiva to prevent the corona from spreading in the village. In reality, a 16-year-old girl cut off her own tongue to offer Lord Shiva as a sacrifice, so that her village could be protected from the coronavirus.