Is Congress a Muslim party? Did Rahul Gandhi really say this?

Rahul Gandhi, at a meeting with Muslim intellectuals and activists on July 11, as part of the Congress party’s outreach programme before the 2019 Lok Sabha elections has said. “Yes, Congress is a Muslim party”  according to a report in the Urdu newspaper Inquilab. 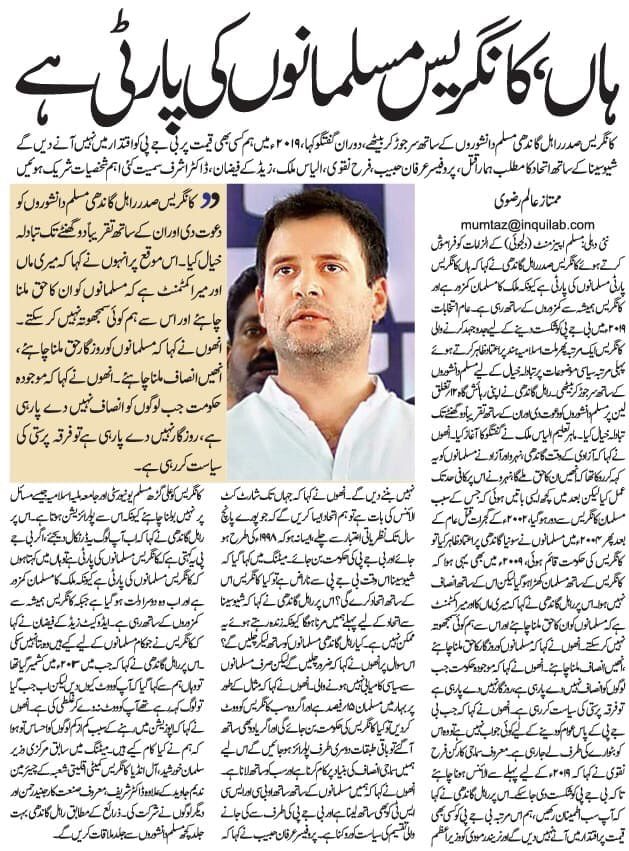 As per the report, it was a closed-door meeting with Muslim intellectuals and activists. BJP has attacked Congress and Rahul Gandhi for the remark.

Urdu daily Inquilab reporter Mumtaz has claimed that Congress president Rahul Gandhi had said, "it is his family's commitment to justice with Muslims".While talking to ABP News, he revealed what happened during Rahul's meeting with Muslim intellectuals.

The defense minister Nirmala Sitharaman held a press conference on July 13 to attack Congress on the issue. 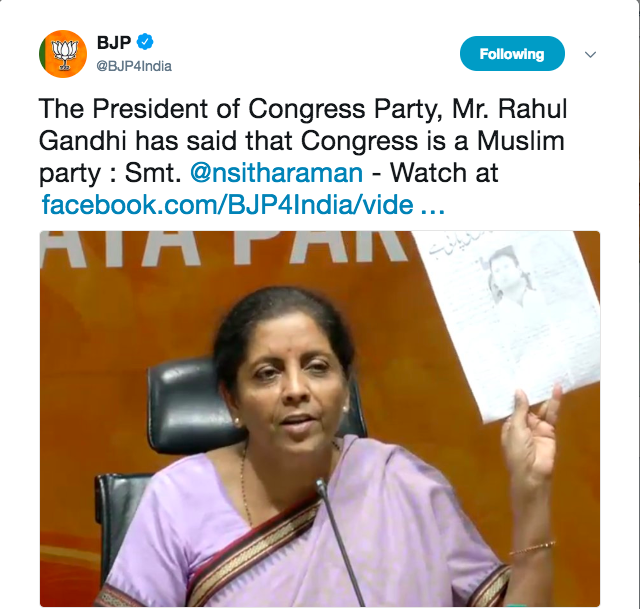 So Let's see both sides of the story and try to find out whether Rahul Gandhi actually said that Congress is a Muslim Party or not?

No Response from left wing till now. Be the first one to give left wing's perspective on this topic.

No Response from right wing till now. Be the first one to give right wing's perspective on this topic.