A controversy related to inter-faith relationships broke out on June 20, 2018 when a woman named Tanvi Seth alleged that she had been humiliated and demeaned by a passport officer in Lucknow. She claimed that the officer, Vikas Mishra questioned her marriage and asked her husband, Anas Siddiqui to convert to Hinduism and take pheras to get a passport. She continued by saying that her and her husband’s passports had been put on hold. Tanvi tweeted this incident to Sushma Swaraj and the RPO Lucknow about this incident. 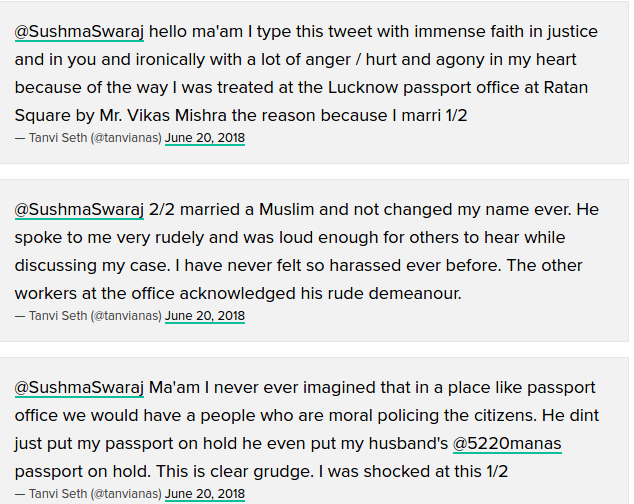 In this discussion left is for Tanvi's view and right for passport official.

No Response from left wing till now. Be the first one to give left wing's perspective on this topic.

No Response from right wing till now. Be the first one to give right wing's perspective on this topic.